I’ve been taking monthly photos of little Miss Juliza, and she’s 3 months old today! I realized I hadn’t been sharing these photos on the blog, though I did share them in black and white on my breastfeeding story. Anyway, I’ll be sharing them here from now on. Here’s my three month old jellybean: 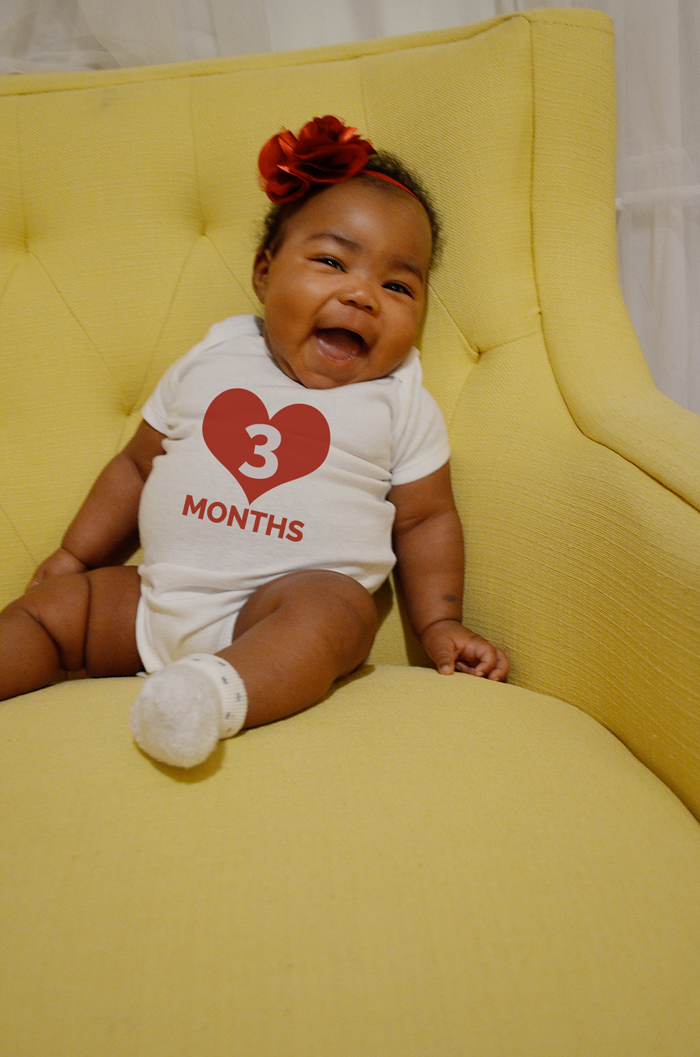 Her expression is just priceless! My little lady loves to laugh, but I was lucky to capture this one because it’s hard to get her to do it on command. Of course. That’s also why the photo is a bit blurry. I had to hurry to lift the camera and capture this one before she stopped laughing. I like to think I have cat-like reflexes.

Still, I confess, I cheated a bit this month. I couldn’t decide between two photos, so I’m using both of them. 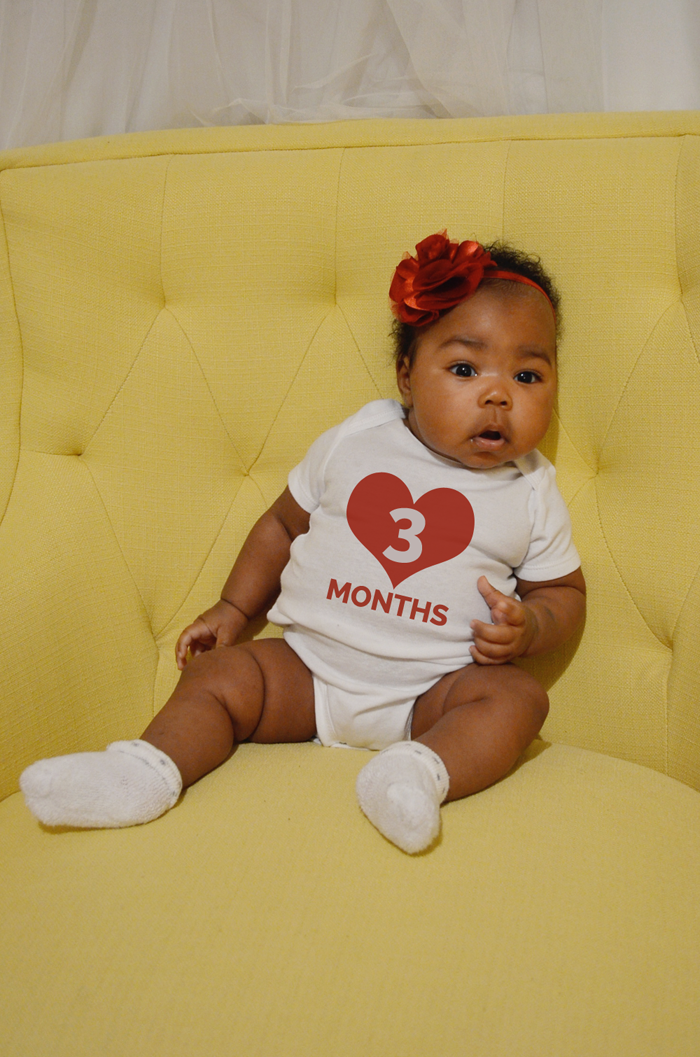 I love the look on her face and her fingers. It looks like she’s saying “You talking to me?” Like she’s grown or something.

At three months, she’s not quite sitting up on her own, but she does really well when propped up, and she does try to pull herself into a seated position when she’s on her back. During tummy time, she can lift her head and chest and hold it for quite some time. But the biggest milestone is that she can already roll from her stomach to her back! She doesn’t do it all the time, but she can definitely do it when left to her own devices.

I can’t believe she’s getting so big and grown already!

Because I didn’t share them previously, here are her 2- and 1-month photos, so you can see just how big she has really gotten: 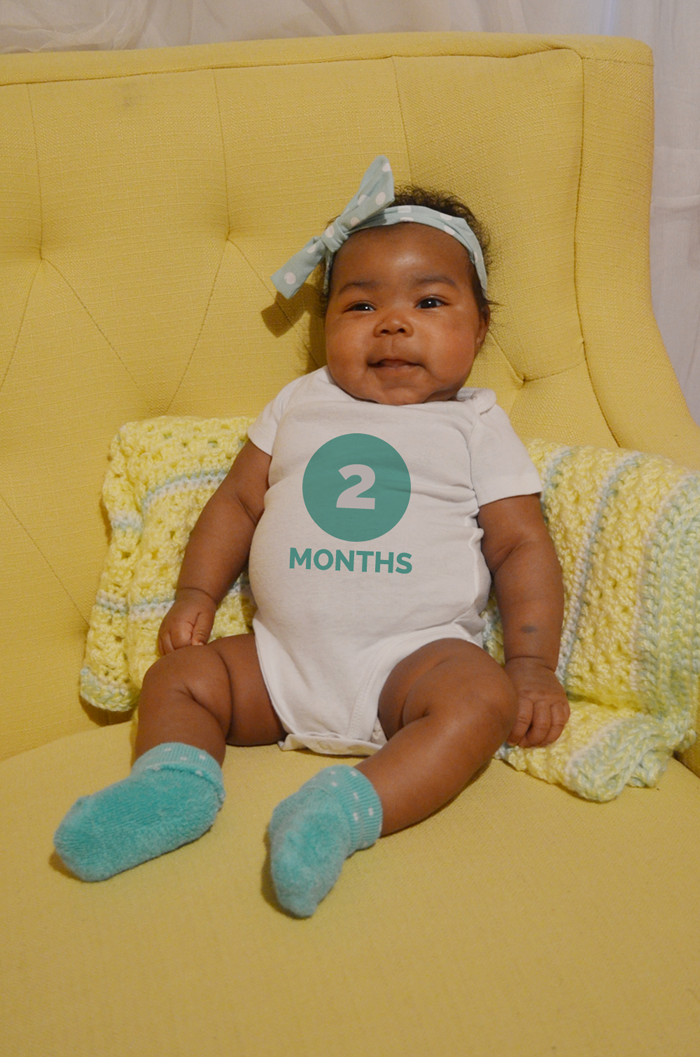 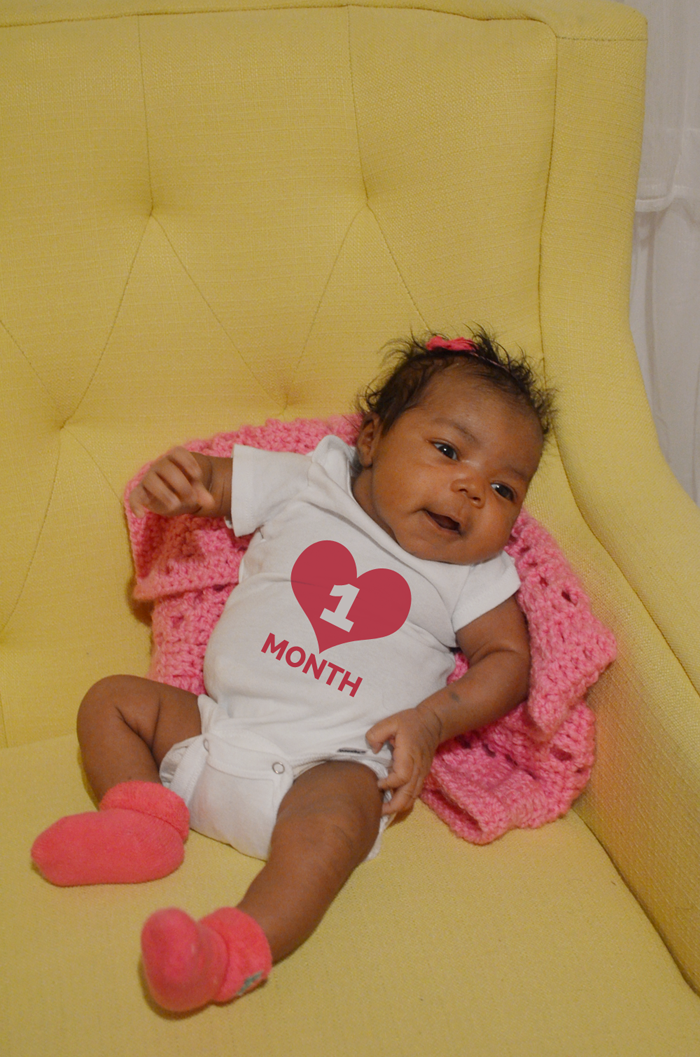 Considering that she started as a tiny 6 lb. 12 oz. newborn, it really feels like she’s come a long way 🙂