That Time We Met India.Arie…

There are some days when I absolutely love my job. Last Friday was one of those days.

If I’m completely honest, there are a lot of events that happen in or near Atlanta that I could attend. But usually, my social anxiety and general introverted nature will get the best of me, and I’ll stay home rather than stepping outside my comfort zone. But when Walmart contacted me to find out if I wanted to go to a meet and greet event with soul singer and woman after my own heart India.Arie at an Atlanta store, I Could. Not. Say. No. 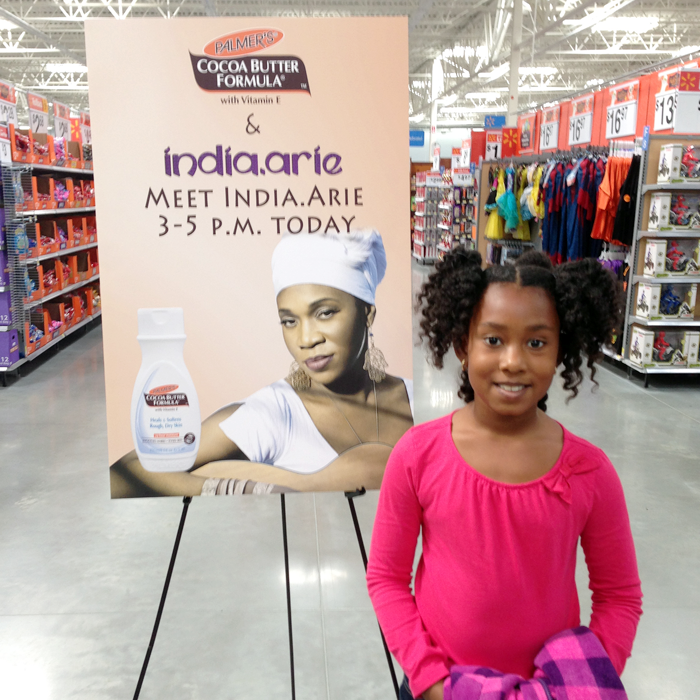 My daughter and I have been listening to her music together since she was little, and we love it. So I couldn’t pass up the chance not just for me to meet her, but to take my daughter with me. 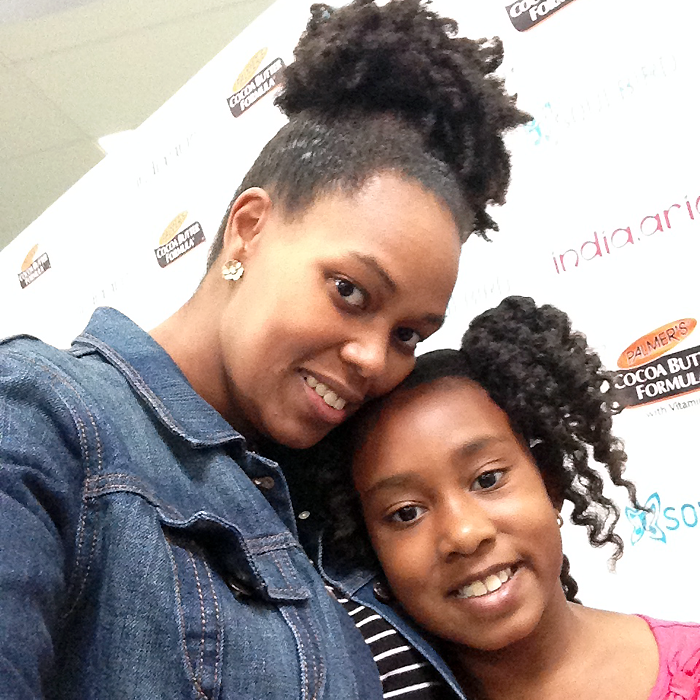 The event was in honor of new album India (yes, we’re on a first name basis now…lol) recently released, titled “Songversation.” The album is full of the same type of soulful, inspirational music and messages that her fans have come to love over the years. And it was sponsored by Palmers — the company you probably know for their cocoa butter and skin care products. Given India.Arie’s image, it seemed like a perfect fit. 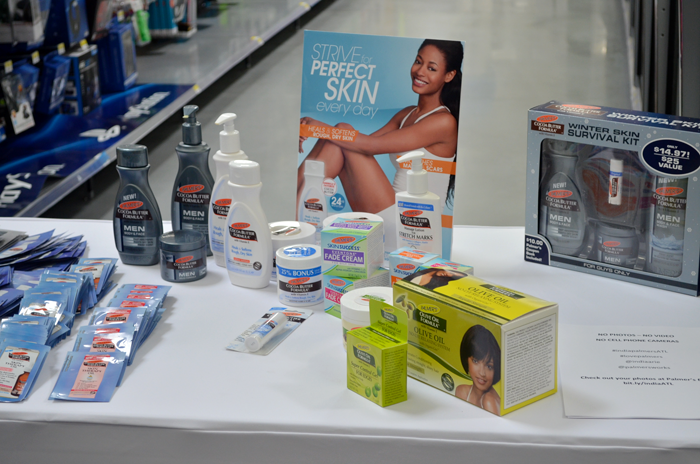 Not to mention the fact that one of the songs on her new album is titled “Cocoa Butter”, and the video features Palmers cocoa butter products:

We arrived early and waited patiently with other fans for India to arrive. The line of fans started off relatively short — maybe 25 fans or so. But this is Atlanta, and I knew that over time, the line would grow exponentially. I was right. And when she came out and greeted her fans, the excitement was palpable. 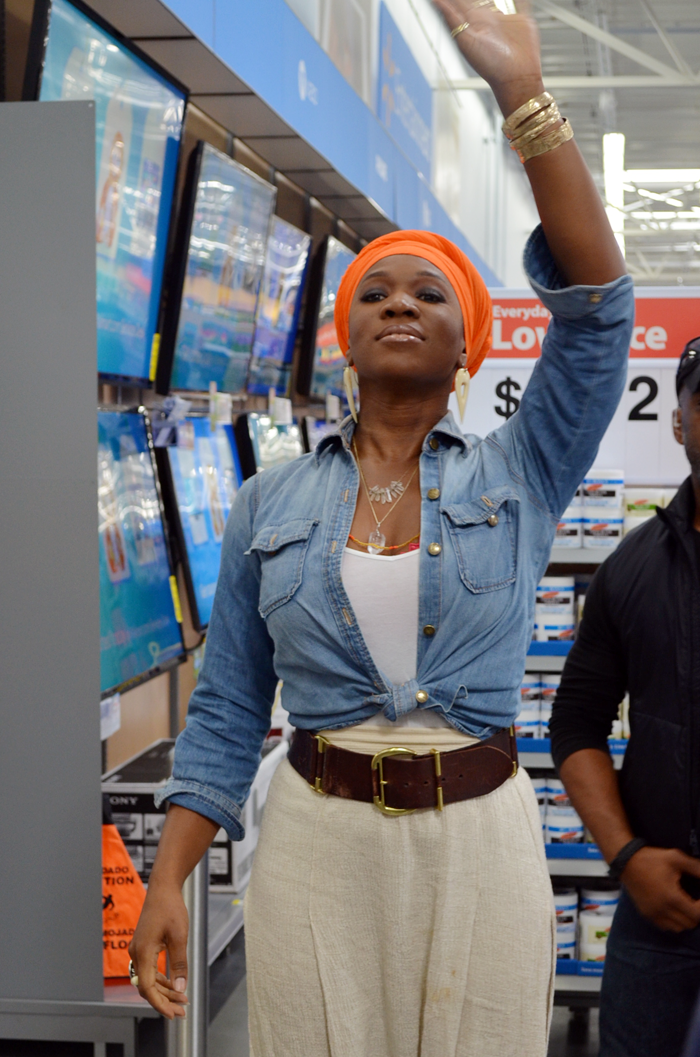 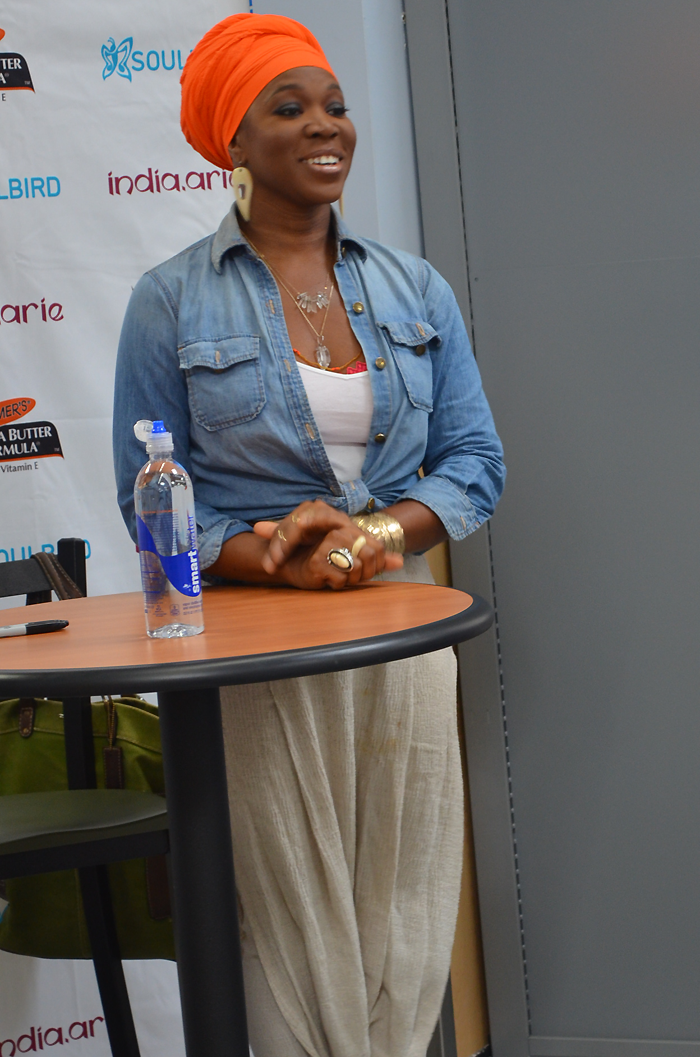 Of course, standing a few feet away from her was pretty awesome, but the opportunity to take a photo with her was quite a bit more thrilling.

I mentioned to India (I told you…first name basis…lol) that my daughter and I both loved her music. But my daughter is not a smiler. In fact, when placed in situations with people who she doesn’t know, you’d be hard pressed to get anything but a look of complete and utter disinterest from her.

As you can see, this is NOT a look of disinterest on her face here. India played with her hair to coax a smile, and it definitely worked. 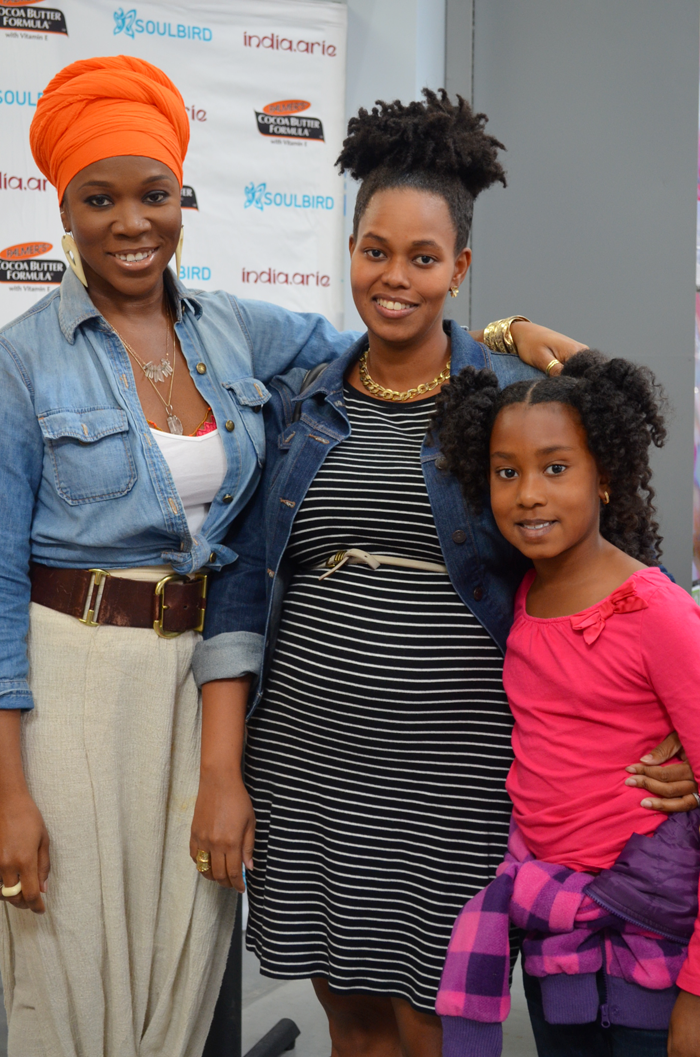 When India pulled her back for a hug, she was almost beside herself. I’m just glad I had my camera ready to capture this perfect moment that I know my baby girl will never forget. 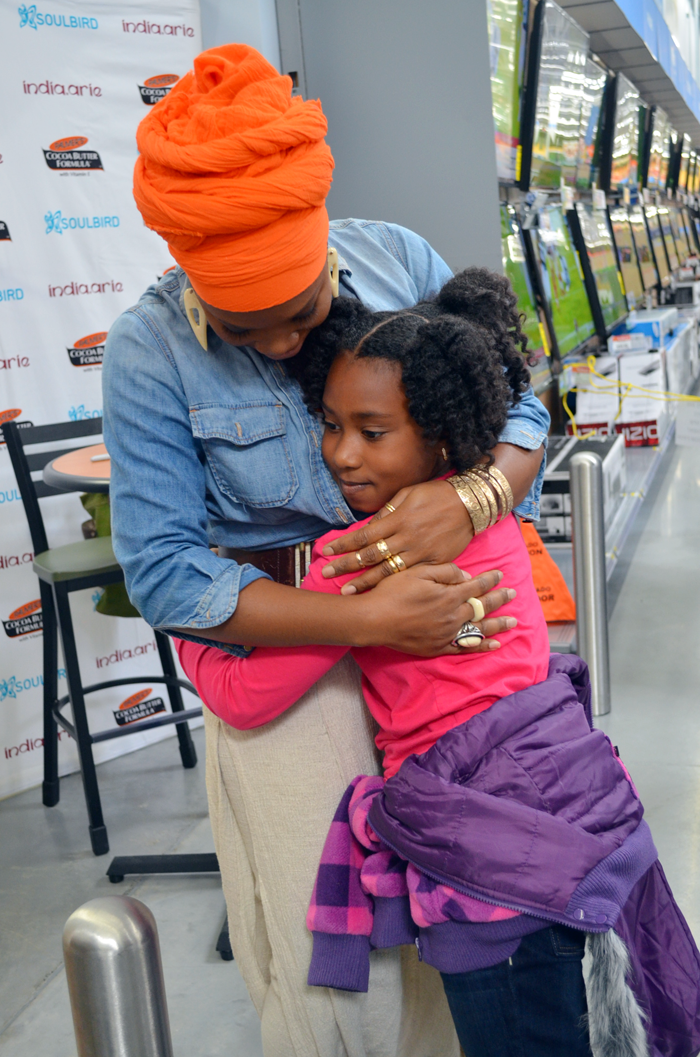 Personally, I’m just thankful that there are artists like India.Arie whose music I can safely share with my daughter, because it is so positive and uplifting. She is one of the few artists whose albums I can play from start to finish without worrying about the content. That is rare nowadays. Aaaaand…I just managed to sound like one of my own parents O__o

Anyway, thanks for this opportunity, Walmart. My daughter and I are among the legions of Atlanta fans who will never forget how gracious India was and who will walk away with an experience we’ll always remember.

DISCLOSURE: As a participant in the Walmart Moms Program, I’ve received compensation for my time and efforts in creating this post. All thoughts and opinions are my own.