For the last several years, I’ve made my daughter’s Halloween costume, with some great results. Remember last year’s mermaid costume and 2011’s peacock costume? I really enjoyed the creation process, and I’ve decided I will continue to do this every year until she gets sick of me 🙂 But by the time I’m done making her costume, I either don’t have time to make one for myself and my hubby, or I’ve just run out of energy. Last year, I remedied that by getting store-bought costumes for the two of us. When Walmart gave me the opportunity to do the same thing this year, I couldn’t refuse!

We’re in the process of finishing up my daughter’s costume, so we took a break to head to the store for mine and my hubby’s. The challenge? I’m pregnant and growing by the day. What could I possibly be that would accommodate my growing middle?

Sadly, Walmart does not have any maternity costumes in store, though there are one or two online. The great thing, though, is that their adult costumes are generously sized, and there were a couple of plus sized options that I thought might work. Â I will admit I was a little disappointed by the selection of adult costumes in store, because it was really small. I wish I’d taken a photo. While there were 3-4 aisles of kids’ costumes, there was just 1/3 of an aisle dedicated to full adult costumes, though the rest of the aisle did include accessories and costume elements you could put together for something more unique.

Anyway, given the limited selection, I had a couple of choices. 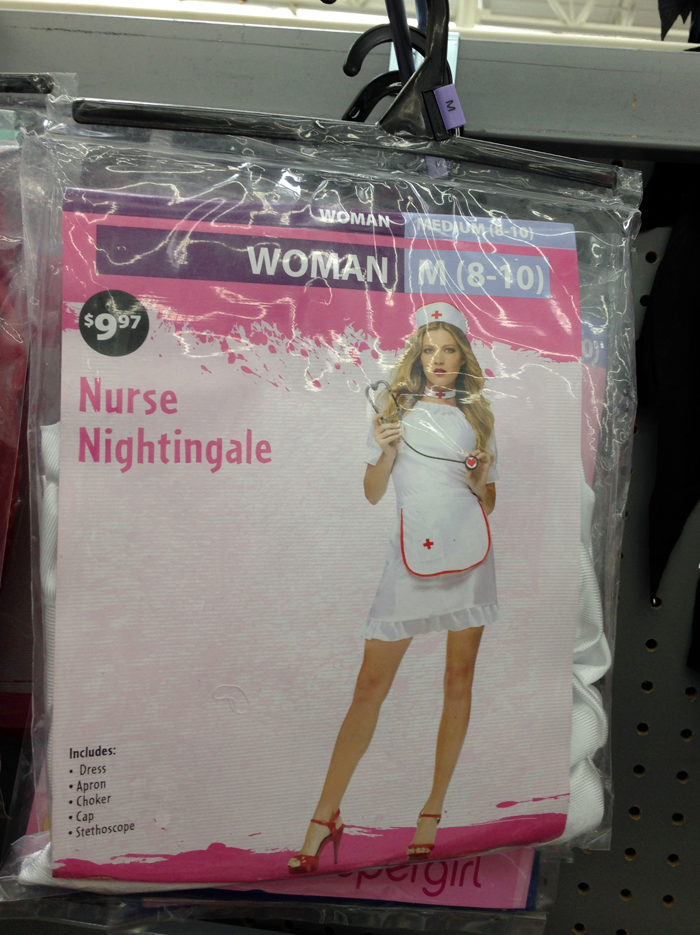 Ummm…yeah. No. The short dress wouldn’t be pretty once my belly grows, and I just wasn’t feeling the idea. 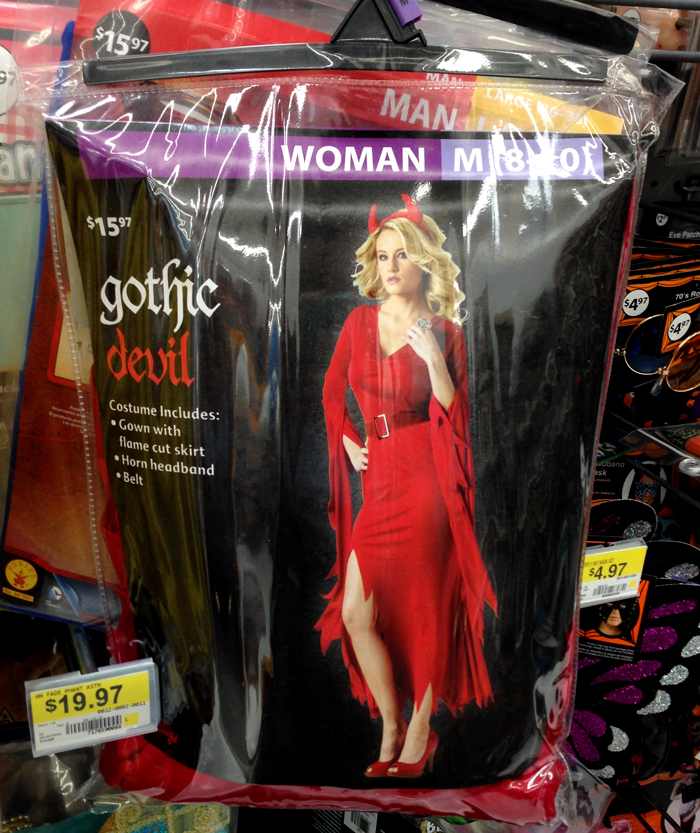 Ummm…no again. I enjoy Halloween, but I’m not really down with witches, ghosts, ghouls or devils. I like my dressing up to be fun. Not dark or scary, or even too sexy.

Which brings us to…

At first, I didn’t even consider this costume, but my husband convinced me that it would be perfect. Especially because the nun costume was just $9.97 in store. I couldn’t believe how inexpensive it was, and that definitely helped make the decision. So here she is, the pregnant nun:

I’ve changed the name of this look to “Wayward Sister.” Because let’s face it: There’s no way a pregnant lady would be Mother Superior. So I pushed the limits of my waywardness by wearing dark lipstick, high-heeled boots and a blinged out cross that cost $2.97 and was intended to be part of a pirate costume. 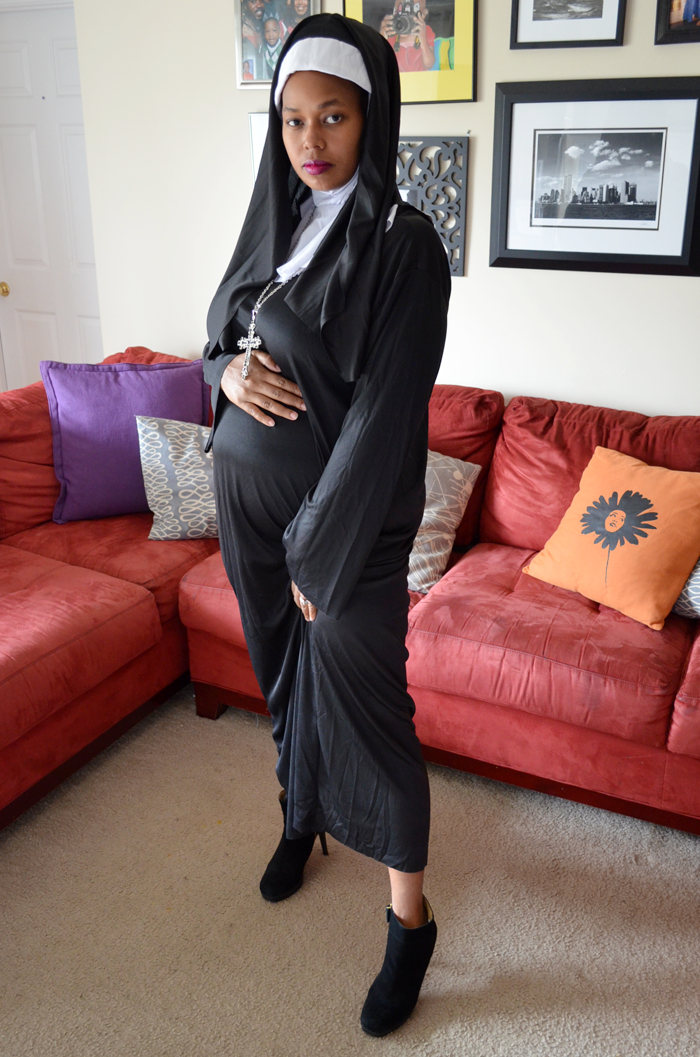 Because. You know. I’m fast. The perfect example of how not to be a nun.

So just who is the pregnant nun’s baby daddy, you might ask?

Well, here he is: Coolius Caesar! 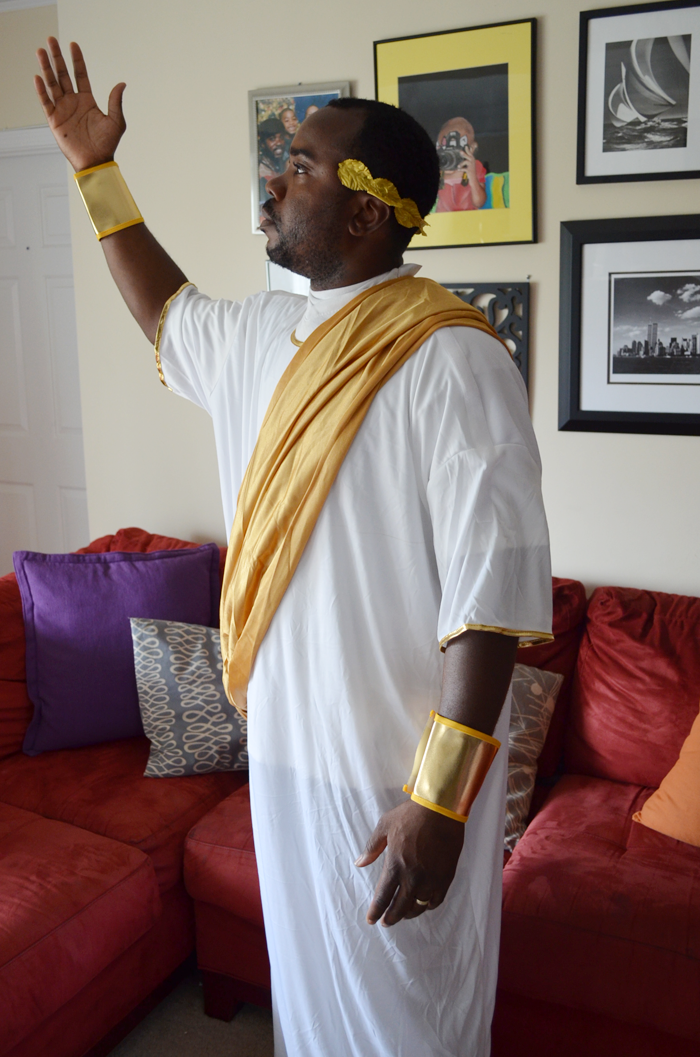 There is no kingdom he will not rule and no line he will not cross. Even, apparently, sleeping with a nun. 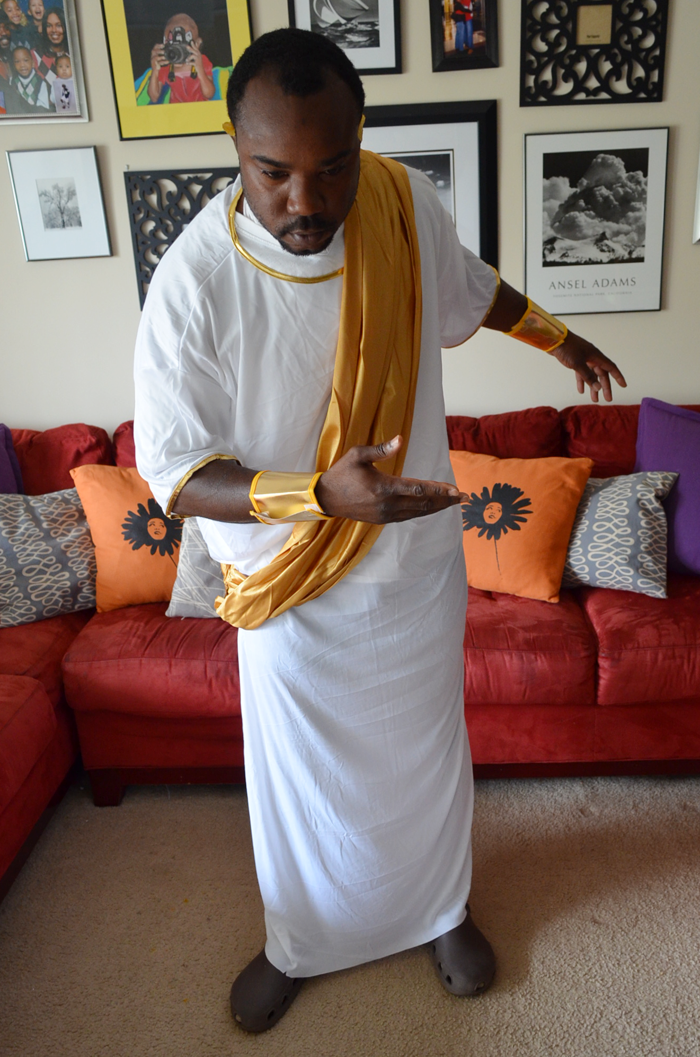 Oh, the horror!Â What would the kingdom say? 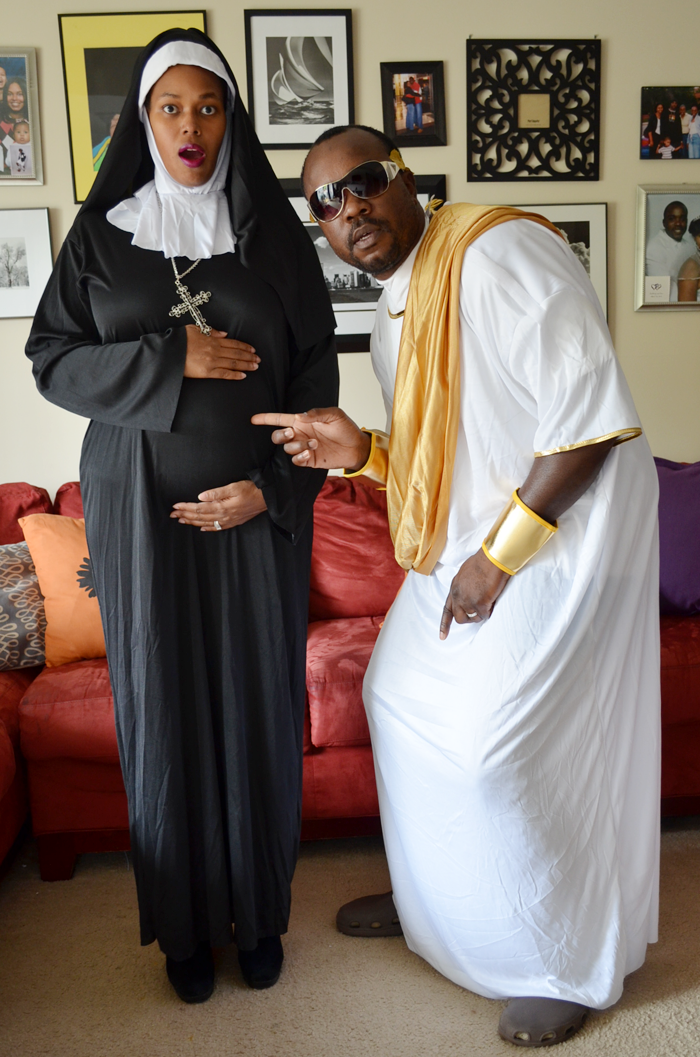 Truth is, we don’t much care, which makes us the perfect couple. 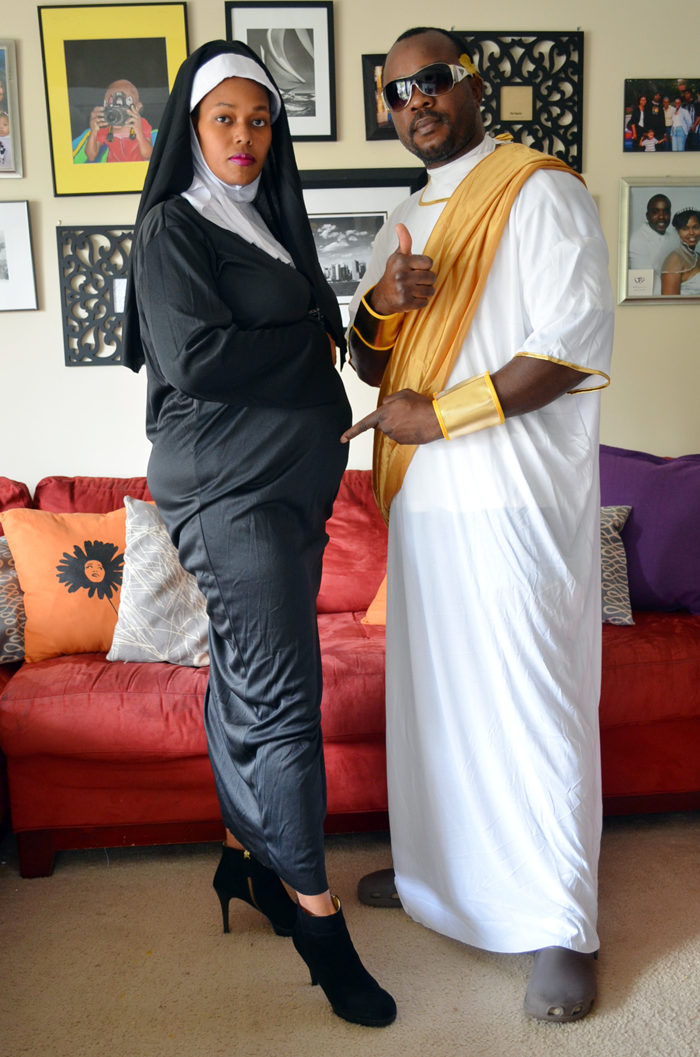 Lol! As you can see, my hubby and I plan to have a ton of fun with this, and it will make my daughter’s costume look like a box of kittens. I’ll share that later this week 🙂

Honestly though, if you’re going the pre-made costume route, you can truly get moreÂ HalloweenÂ for your money at Walmart. While the selection at our store wasn’t huge, the prices were amazing, and there is a lot more to choose from online. Plus, we went to another store shortly thereafter, and their costume selection was bigger. It’s an honest one stop shop that won’t cost nearly as much as specialty Halloween stores. Do what we did and add a fun back story or put your own twist on it. We’re definitely going to enjoy these characters!