My husband is a die hard Pittsburgh Steelers fan, which makes living in Georgia interesting, to say the least. We’re surrounded by Atlanta Falcons fans, so he’s always excited when he bumps into a fellow Steelers fan on the street wearing their team gear. When Walmart offered me the opportunity to review some sports fan apparel, I immediately thought of my husband and his undying fandom of all things Steelers. Of course, what I forgot was that local Walmart stores tend to carry gear for local teams, and little else. 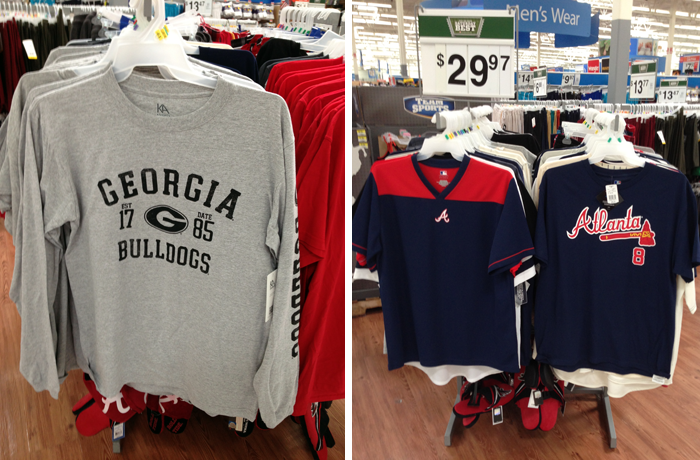 Still, we went to the store, fingers crossed that we could find at least a couple of Steelers items. Alas, we found ourselves in a sea of red, white, black and blue representing the Falcons, the Georgia Bulldogs and the Atlanta Braves.

Since I knew there was no way I’d be able to convince him to betray his beloved Steelers with Falcons apparel, we instead ventured over to the Braves section. We’re not huge baseball fans, per se, but when we do watch, we always cheer on the Braves. And ever since we went to our first game for Father’s Day a few months back, we’ve actually been paying quite a bit more attention to the team. 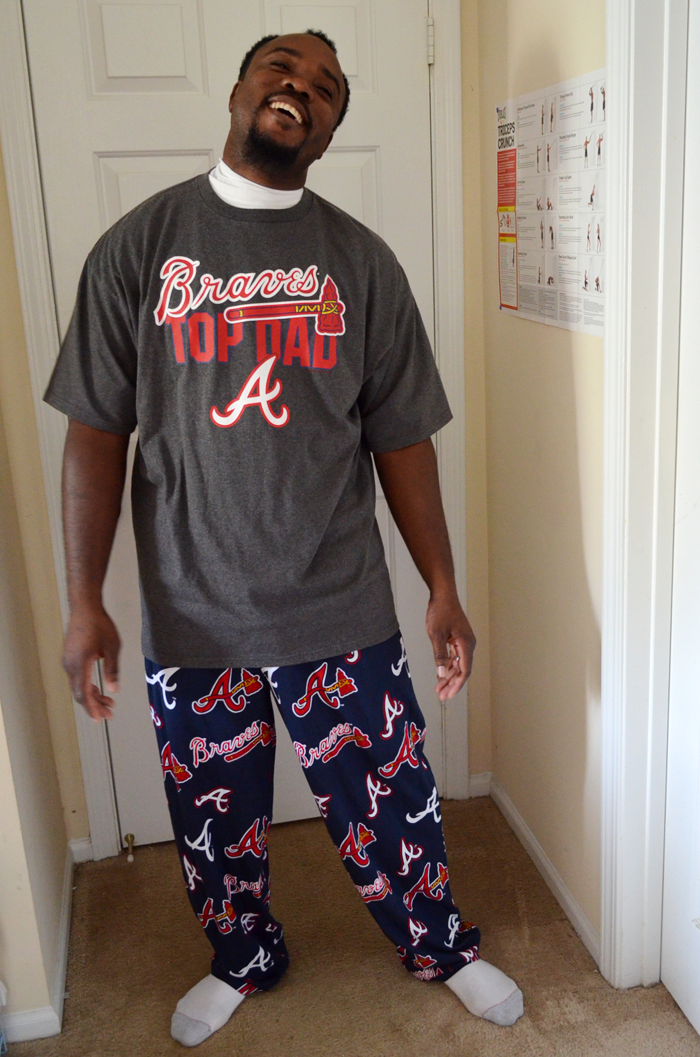 So Braves it was. He grabbed a t-shirt for $14.97 and pair of $16.97 pajama pants that caught his eye, because there’s nothing like a lazy day of watching baseball from the comfort of the sofa. Plus, a t-shirt that says “Top Dad” is bound to make any dad feel like a king for a day â€” even if he picked it himself 🙂 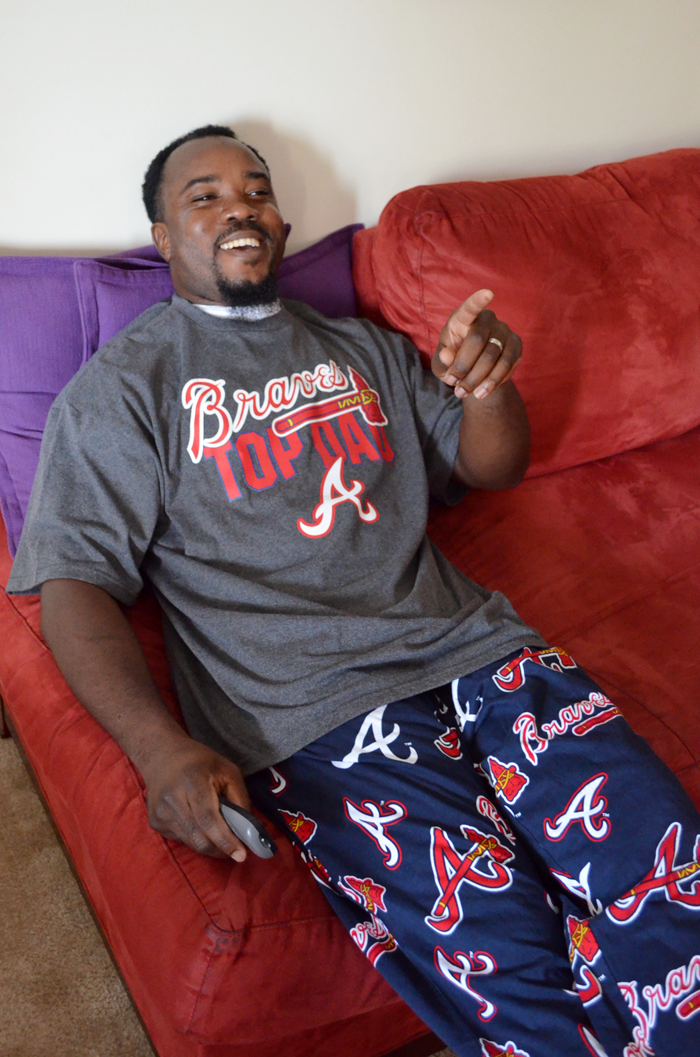 Next time, we’ll head online first, because we discovered a little too late that the Steelers are much better represented at Walmart.com. In fact, there are a couple of items I plan to get for him for Christmas, because I can never go wrong with the black and yellow. (aff)

Overall, now I know where to shop whenever I need to get a gift for the sports fan on my list, because the prices were really good, both for the apparel and for other memorabilia.