Every week, I’ve been saying I’m going to start doing pregnancy updates, but I’ve kept putting it off. But this week marks a pretty big pregnancy milestone, so I thought it would be a good time to stop procrastinating. 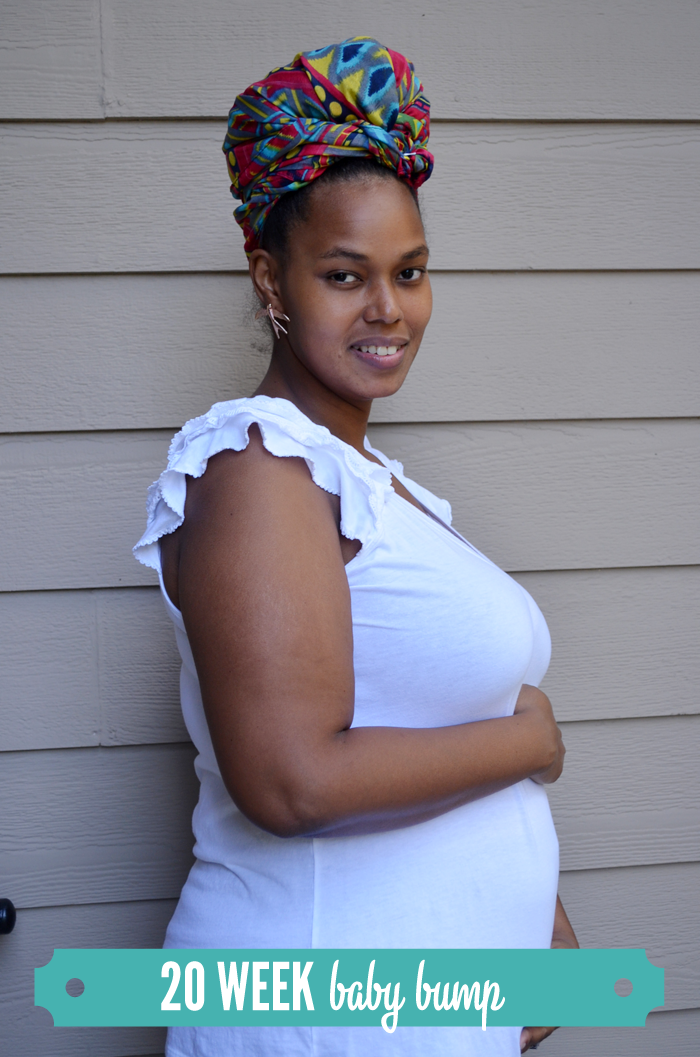 Being pregnant has been strange for me this time. Remember, the last time I did this was 8 years ago, so I’m more than a bit far removed from the process. Had that been my only experience, I would’ve thought pregnancy was mostly rainbows and sunshine. My first pregnancy was relatively uneventful, with no throwing up and only some fatigue and heartburn to indicate the changes happening to my body. This time has been a lot different. Not bad, per se, but different.

I definitely FEEL pregnant this time, even on the days when I have a lot of energy.Â I am feeling a lot of stretching and tightening in various parts of my abdomen and pelvis, which makes quick movements and even sneezing an adventure in pain tolerance. Lots of foods and drinks â€” too many, doggone it â€” just taste different and leave a horrible aftertaste in my mouth. My husband’s cologne, which I used to love, currently makes me gag â€” though not nearly as badly as it did during my first trimester. And my boobs. My poor boobs have been tender and painful since day 1.

There have just been a lot of small changes that make me at once feel like a superhero who is creating life and a wimp who is constantly wincing and complaining about everything.

But in spite of all that, there is one thing that immediately puts it all into perspective: Feeling the baby move. And boy, can he or she move! This time around, I felt the movements a lot earlier, at about 16 or 17 weeks. Now at 20 weeks, the movements are really strong, particularly when I’m eating. I guess the kid loves food 🙂

And in even bigger news, next week, we’re supposed to find out the sex of the baby!

We definitely want to know, because that little tidbit will make it a lot easier to spread out expenses over the next few months since shopping for gender neutral anything tends to be an exercise in futility. So, next week’s post should be an exciting one 😉