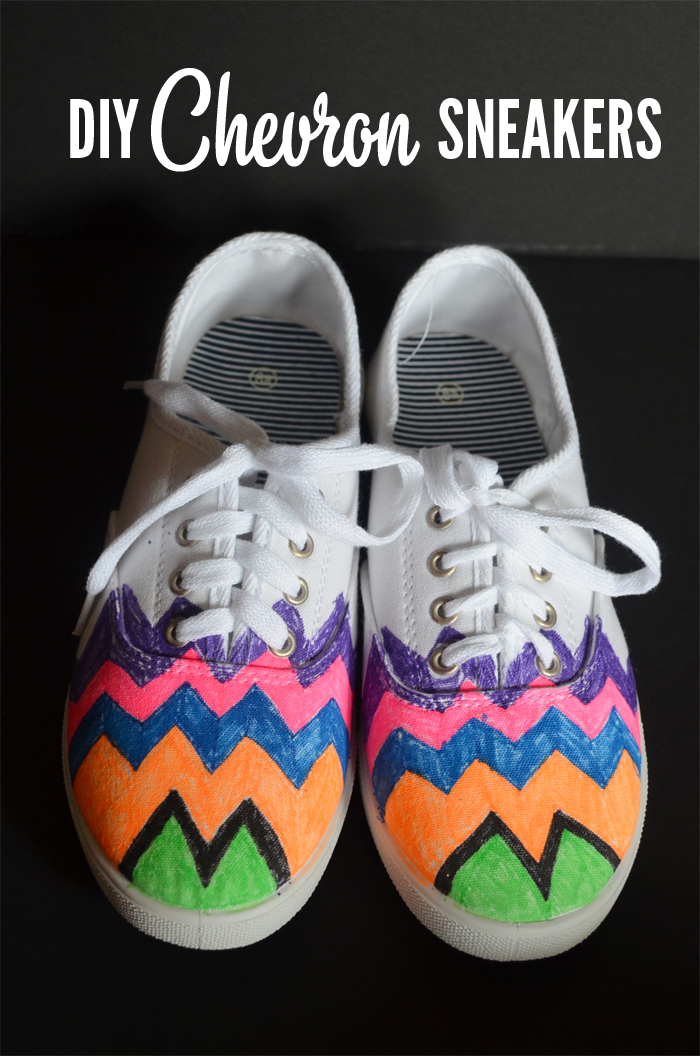 I have had a Pinterest board called “DIY to Try” for about as long as I’ve had a Pinterest account. It’s filled with aspirational projects that I’ve promised myself I’ll complete. Someday. The problem is that while I love DIY projects, I’m not big on ones that are super complicated. Of course, my definition of “complicated” changes depending on the day and how much time and energy I have to burn on a project. Lately, I’ve been short on both. So when Walmart challenged me to do a summer DIY project, I picked something from my pinboard that required just three simple materials: 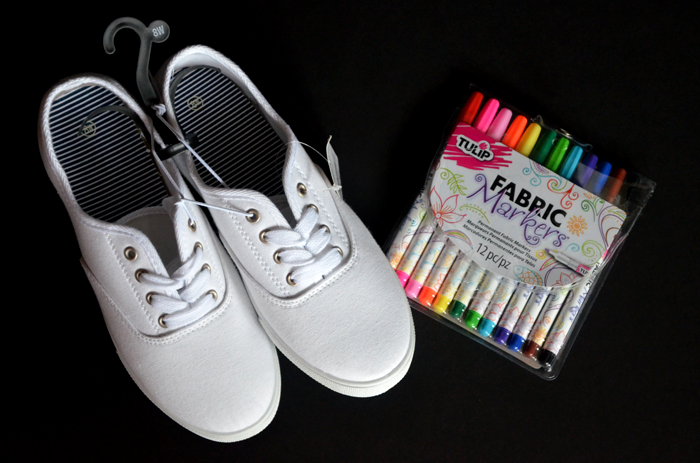 The original project also involved a manila folder (or cardstock), a ruler and scissors. But I’m all about simplifying.

Having worked with chevron patterns in the past, I am fully aware that rulers and templates can make things look uniform and crisp. However, I’m also aware that creating those templates with perfect measurements can be frustrating and time consuming. Time consuming wasn’t working for me this time. So I did what any enterprising DIYer would do. I drew my chevron stripes freehand. 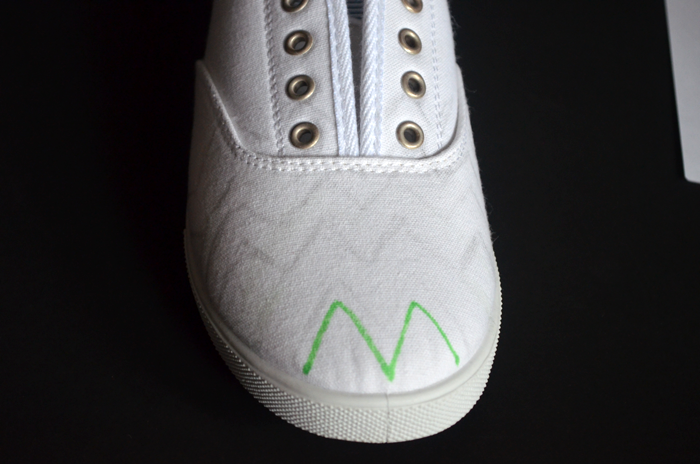 Initially, I planned to just go for broke and use the fabric markers with abandon. After drawing the first shape, though, I thought it might be a better idea to sketch the chevron stripes first with pencil, just in case I messed up royally. About two seconds later, I was glad I’d made this decision, as I did mess up and had to erase some lines and try again.

The great thing about this project is that it’s supposed to look handmade and organic. The lines don’t have to be straight or perfect. I varied the width of each stripe as well, for a more casual look.

Next, I decided which colors to use and traced the lines with the color I had in mind. 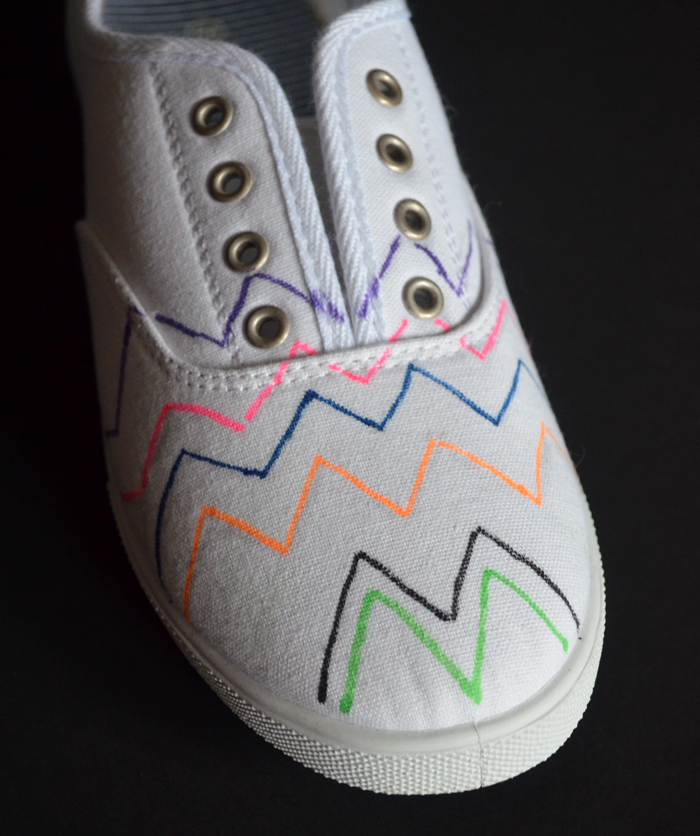 Finally, my daughter and I took turns filling in each section with color. 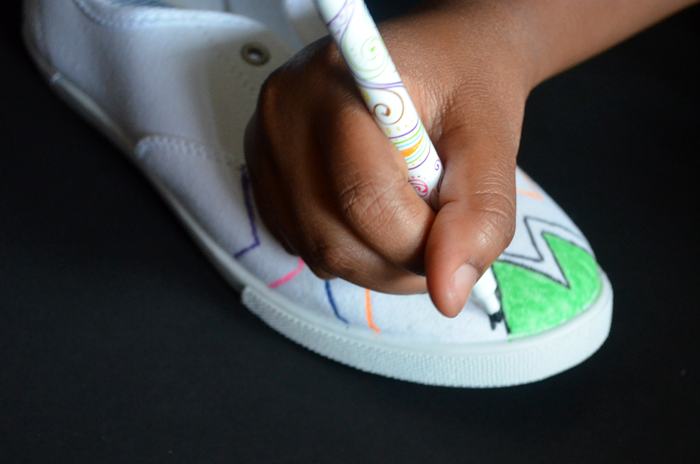 In the original project, the entire shoe is covered in chevron stripes. In the infamous words of Sweet Brown, “ain’t nobody got time for that.” So, I made the creative decision to stripe only the front of the shoe. Frankly, I think it looks awesome! 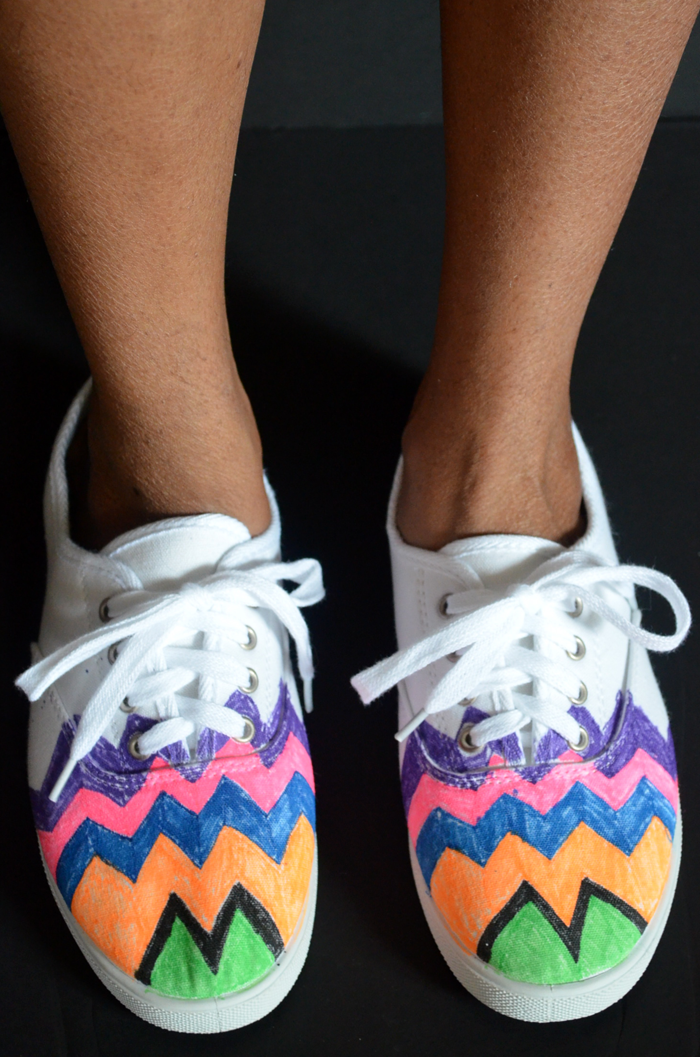 Now, I just have to find an outfit that will work with all these colors. And get a pair of canvas sneaks in my daughter’s size, because she’s made it very clear she wants a pair, too.