This week, I went to Los Angeles for the first time ever, and I have to say, it would be difficult to beat this first impression. Why? Because I went there to attend the premiere of the new Jackie Robinson movie, 42, as a red carpet correspondent for Walmart! 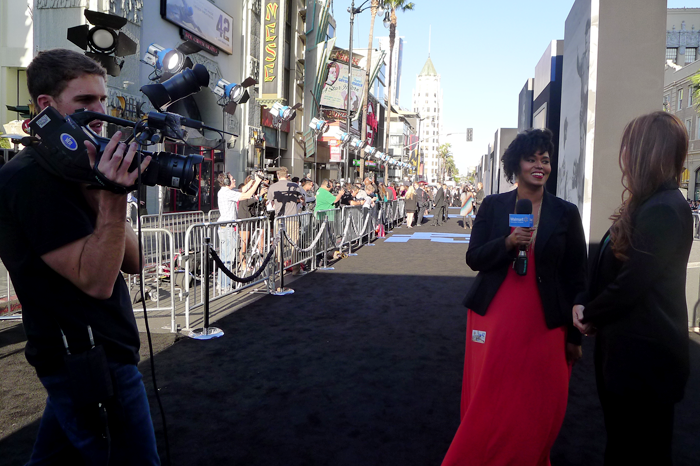 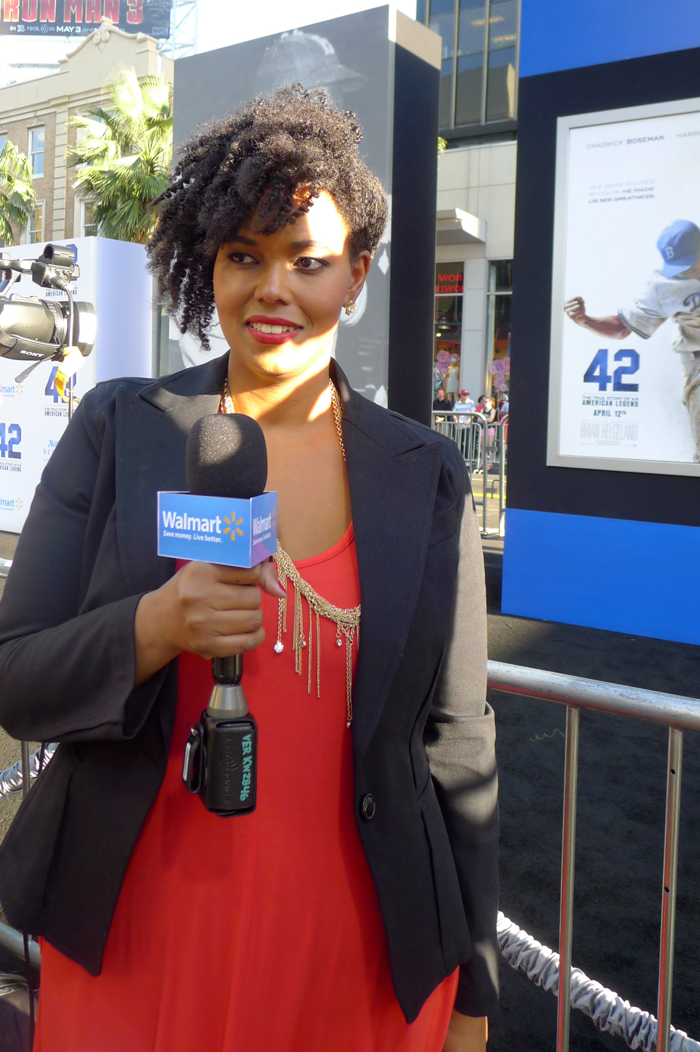 Walmart is a platinum sponsor of the movie, which means that their involvement went far beyond just the premiere. There’s also the Walmart “42” field refurbishment program, a partnership between Walmart, Warner Bros. Pictures and Legendary Pictures, Scotts, the Ball Park brand and the Jerry Clark Foundation. Walmart selected ballparks in need of refurbishment in Orlando, Atlanta, Los Angeles, Chicago, and Bentonville, Ark., each designated to receive a long overdue makeover designed to encourage young players. At each event, kids from the respective communities had the opportunity to participate in a baseball clinic, interact with local MLB players, and community leaders. As a result of Walmart’s sponsorship, we were invited to the press line with all the major news organizations to interview the stars as they walked in. Quite literally a once-in-a-lifetime opportunity for me.

To put this into perspective, a year ago, I never would’ve accepted the offer. I would’ve allowed my fear of being in front of the camera and messing everything up get the best of me, and I would’ve declined. But boy, am I glad I said yes!

Joining me on the red carpet was Erika Brown of Chic Shopper Chic, and I am so thankful to her for sharing her own red carpet experience and making me feel at ease. 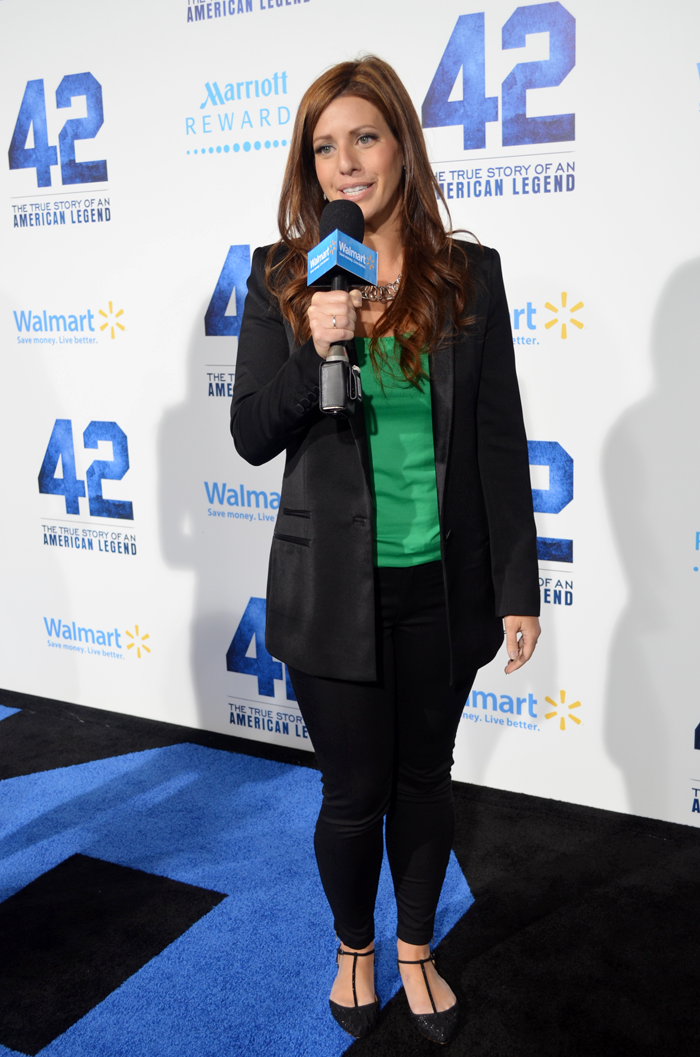 We were tasked with interviewing the cast, including Chadwick Boseman (Jackie Robinson), Harrison Ford (Branch Rickey), Nicole Beharie (Rachel Robinson), and many others. We spent the days and hours before the event preparing questions for the cast and (gasp) actually trying to remember what to ask each person. And then there’s the little fact that you’re talking to celebrities right next to journalists who do it for a living. Talk about intimidating!

The red carpet environment is a bit nuts, with press lined up alongside trying to get everyone’s attention. This means that we missed some of the stars we wanted to get, but Erika did manage to snag Harrison Ford: 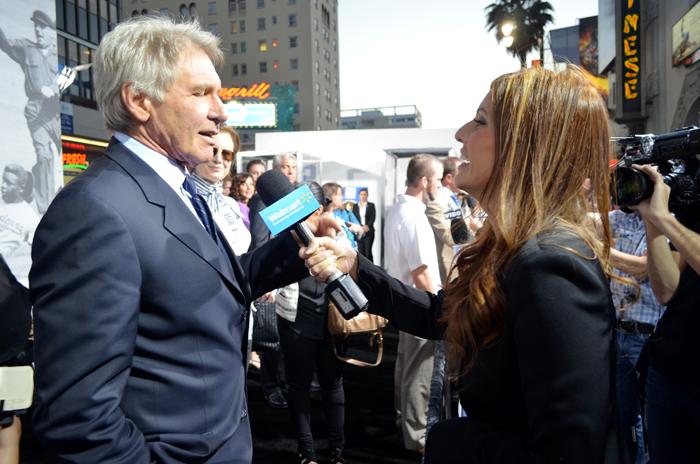 And I got to speak to the movie’s producer, Thomas Tull. 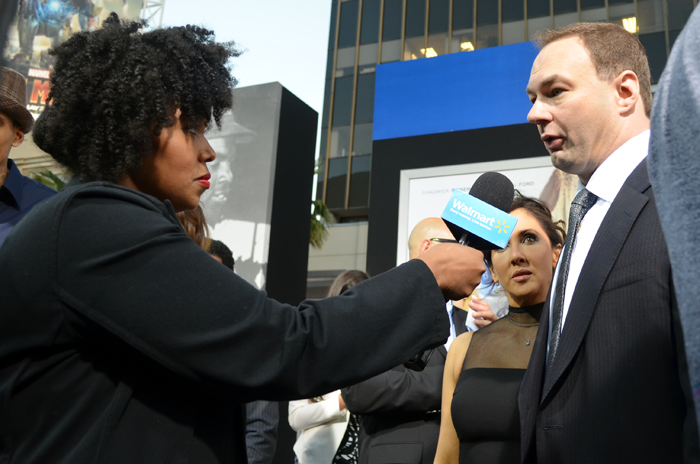 Tull is most famous for his superhero movies and the Hangover franchise, so I was curious about what made him decide to make a period movie. When I asked why he thought it was important to tell Jackie Robinson’s story now, he said that he had spoken to a group of kids who played baseball, and very few of them had any idea who Robinson was. Let that sink in. The idea that children of any color â€”Â but particularly black children â€”Â could be playing baseball and have no knowledge of the man who made it possible for everyone to have major league dreams is insane! Tull wanted to tell Robinson’s story on the big screen so we never forget his legacy.

Oh. And did I mention I also spoke to Laila Ali? And she told me I was pretty? And when I tweeted about it with a photo, she responded? Yeah. That happened. 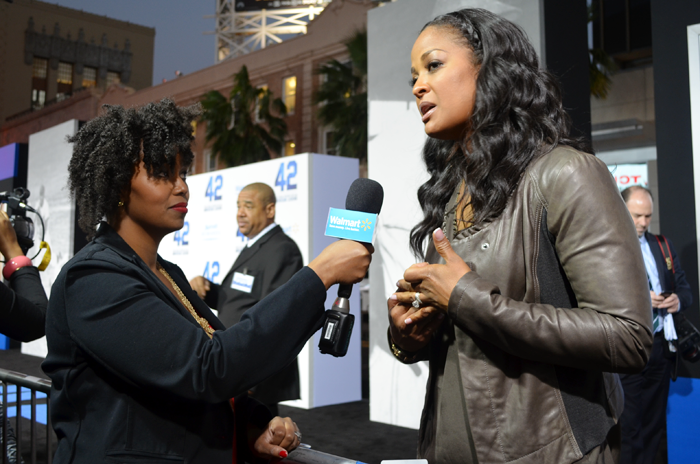 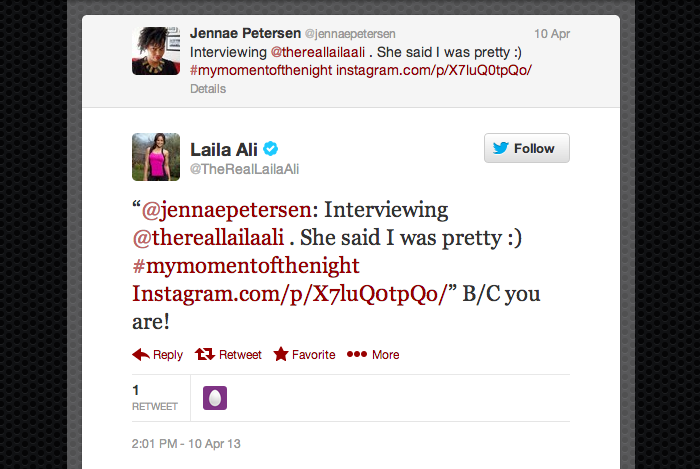 Check out this video of our red carpet experience, all of which was filmed:

I’m so proud of myself!

And as an inside bonus that probably only mattered to me, everything I wore to the premiere was thrifted â€” including my necklace and shoes (my trusty BCBG ankle-strap flats).

But that was just the beginning. Next, we got to actually watch the premiere. Honestly, the movie is a must-see. As a black woman who knew Jackie Robinson’s story, it was incredibly powerful to see it come to life on the screen.

Jackie is a hero by every stretch of the imagination, and the amount of resolve it took to break the color line in baseball without losing his temper is a strength that most of us likely do not possess. So it’s easy to understand why the number 42 is the ONLY number in all of baseball that has been universally retired. As in no one, on any team, can ever wear the number 42. Except for each April, when every player on every team wears 42 in homage to Jackie Robinson.

I will be taking my family to see the film, which will be in theaters tomorrow, and recommending that my extended family and friends see it too. It is a slice of American history that all of us â€” especially kids who have less experience with blatant racism â€” can stand to remember.

At times, the movie made me cringe (Caution: The N word is used throughout, and though it makes complete sense in this context, it may require some explaining to children), it made me laugh, it made me cheer, it made me teary-eyed. But more than anything else, it made me thankful that change is possible, no matter how unlikely or difficult it may seem. No matter how many naysayers you have to ignore in the process and how many times you have to swallow your pride. 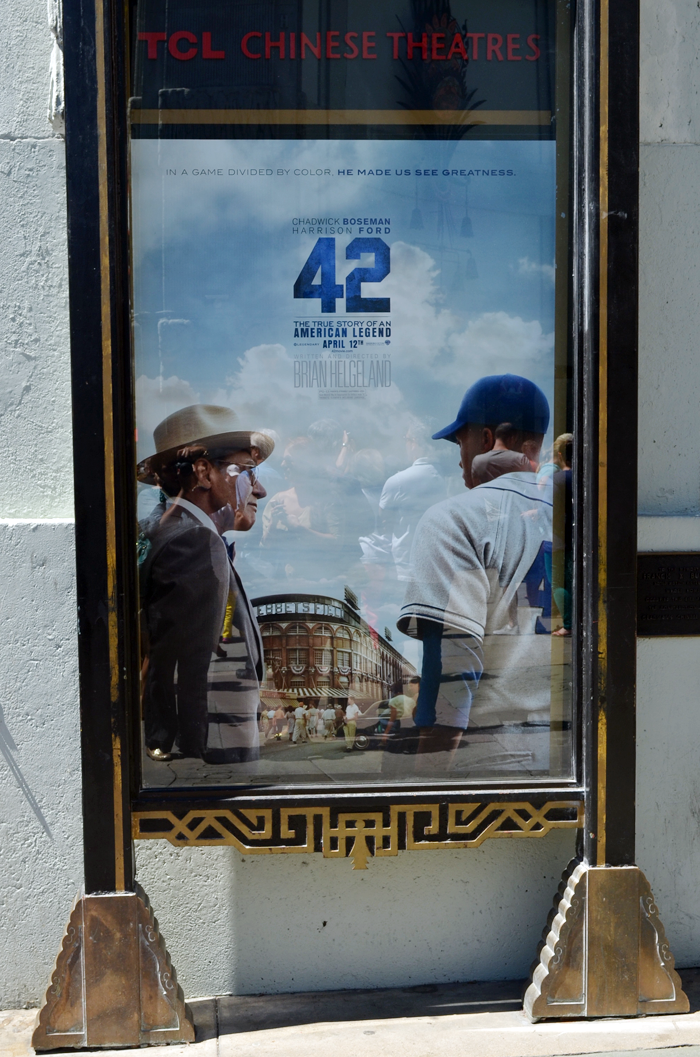 And after you see the film, if you’re as inspired as I am, you can celebrate by heading to Walmart for a t-shirt to commemorate the event in one of these great graphic prints. 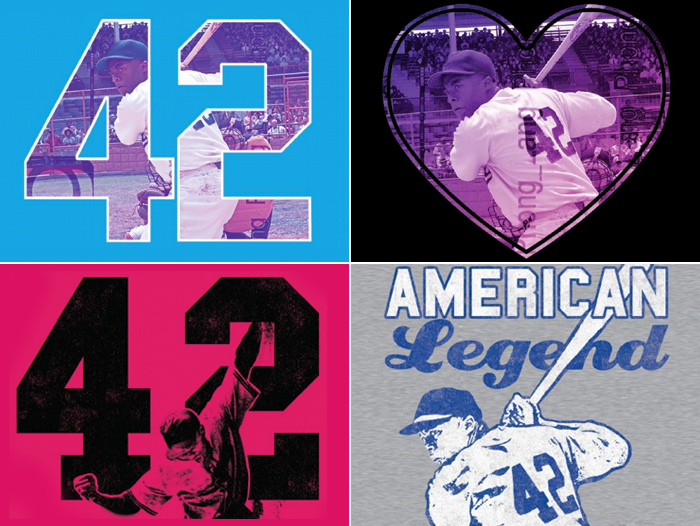 This is the type of movie I’ll definitely buy on DVD so we can watch it as a family, talk about the issues it tackles, and use it as a teaching tool for my daughter. I am so thankful that I got to experience a real Hollywood premiere and find out from the producer and cast why this is an important story for everyone.

For more photos of the event, check out the Green & Gorgeous Facebook page.

DISCLOSURE: As a participant in the Walmart Moms Program, Iâ€™ve received travel and accommodations, as well as compensation for my time and efforts for the trip and for in creating this post. All thoughts and opinions are my own.