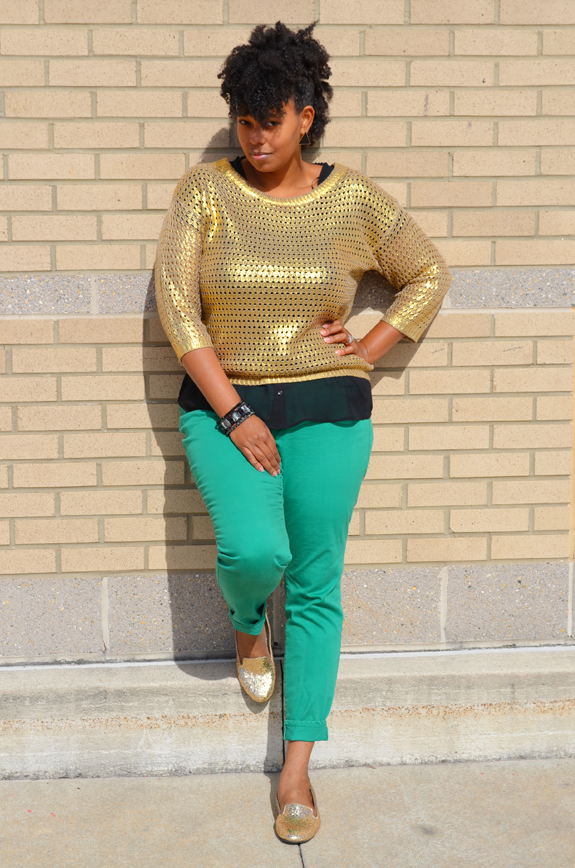 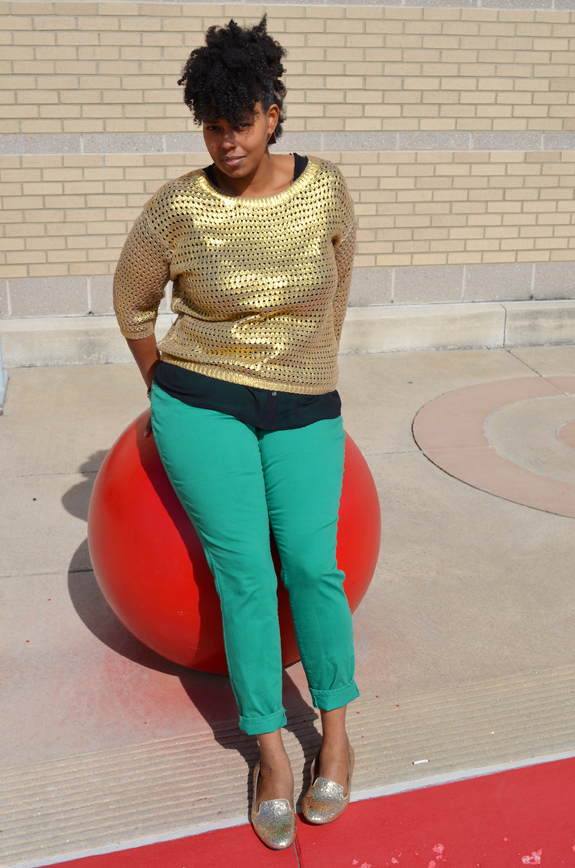 I’ve gotten in the bad habit of wearing things once, then getting rid of them. To be fair, this is, in part, because I’ve been losing weight faster than I can wear some of my clothes, so by the time I go to wear them again, they’re too big. But I’m still trying to encourage myself to stop buying new and find ways to rework what I already have before it’s too late. 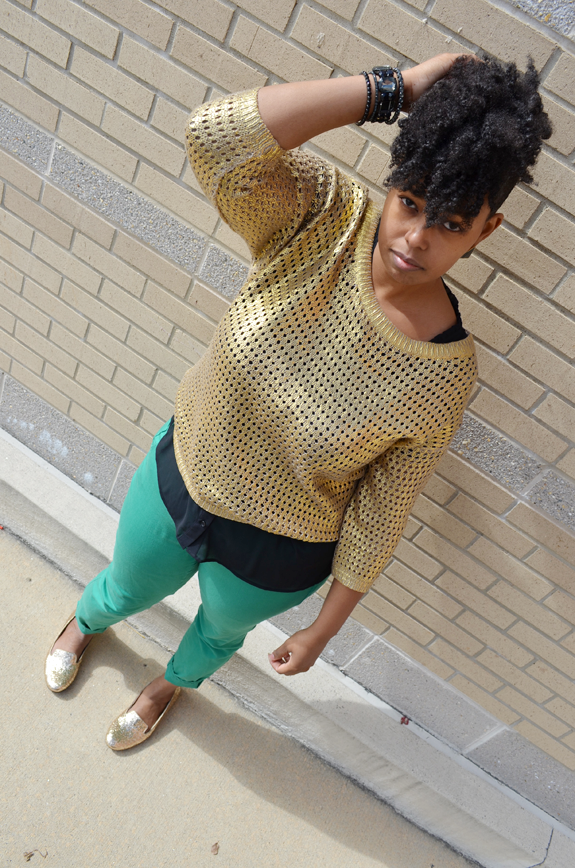 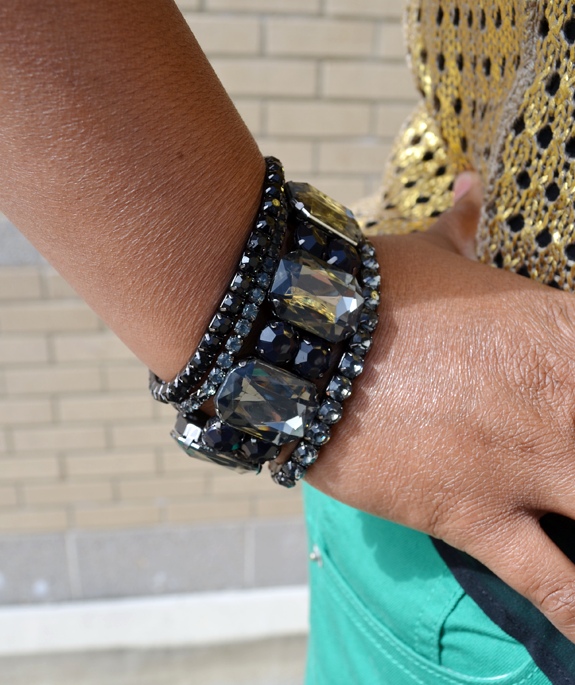 I wore these jeans in one of my first outfit of the day posts, and I almost waited too long to wear them again. Thankfully, this particular style of jeans from Old Navy are SUPER skinny, so while the waist is big and required a belt, the legs of the jeans still fit pretty nicely. 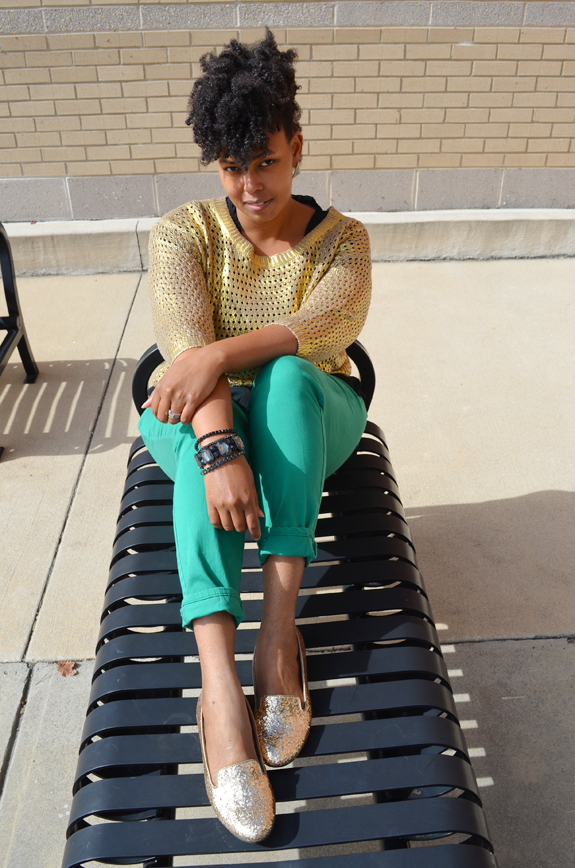 I wore this gold sweater on my birthday in December and I actually took outfit photos that night, but they were blurry because of crappy lighting, so I never posted them. But here are some pics of that night from Instagram:

I’m getting the habit of layering, and I really like the way these colors work together â€” though I’ve decided I don’t like cropped sweaters because they tend to fall at the widest part of my hips and make me look wider than I am, as evidenced in the photo below. You’re going to see more of this from me in the coming weeks, while it’s still chilly enough to get away with wearing a bunch of layers. 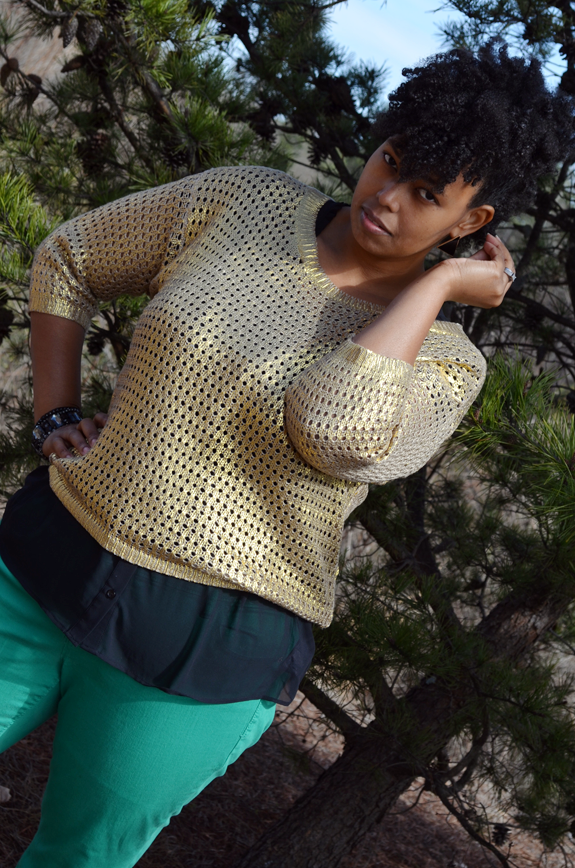 I can’t promise you’ll see all of these pieces again, but I’m going to be doing more restyling while I can.