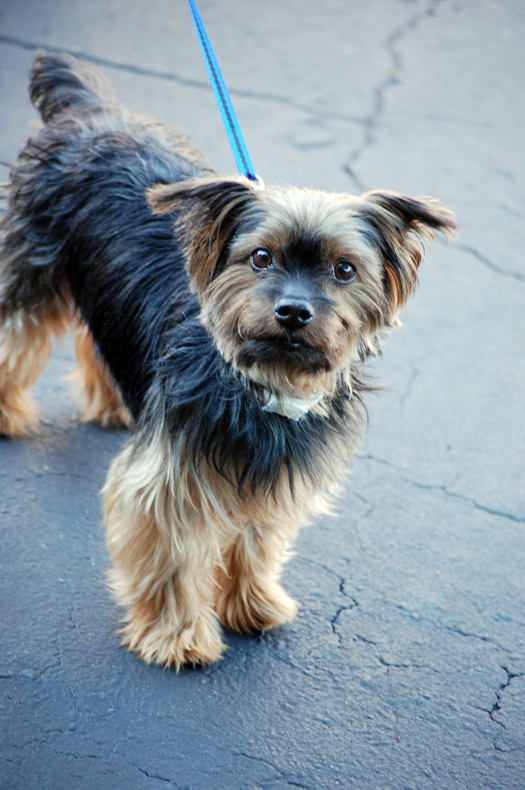 I’d never really given dog food a lot of thought. I thought dog food was just dog food â€” plain and simple. Right up until the moment I got a picky dog.

In the first few days after we got our new Yorkie, King, we had a little trouble figuring out what to feed him. His former owners gave us a bag of Kibbles and Bits, but he wouldn’t eat it. The bowl sat there for a full day, and he wouldn’t touch the stuff. I tried breaking up a treat on top of the food to get him to the bowl. Well, he ate the treat, but not the food.

Desperately trying to get him to eat, my husband ran out and bought a small bag of Beneful pet food. He did eat that, but he threw up a couple of days in a row. I didn’t really know enough about pet nutrition to figure out what to feed him without some help, and I got lucky.

On a trip to the local pet store with King in tow, I happened to run into a pet nutritionist, and I started chatting her up about what kind of food he should be eating. She told me in no uncertain terms that the Beneful food we’d been feeding him was not the best option. To put it mildly, the food contains a bunch of not-so-savory ingredients, including “chicken byproduct” (what??) and some other, hard to pronounce ingredients. I felt stupid for not having read the ingredients when we first started giving it to him, but I appreciated the education. The nutritionist suggested that we feed him Nutro Ultra, which contained a great list of whole food ingredients.

Thankfully, for us, he really liked it. The texture of his poop began to regulate, and he started throwing up less. But after a few days, he seemed bored with the Nutro, for lack of a better way to put it. We had to break up small bits of a treat into his bowl to get him interested enough to eat it. So when Walmart asked if I’d like to try Freshpet food, I jumped at the chance.

Freshpet is exactly what it sounds like: fresh pet food. So fresh, in fact, that it is sold from a refrigerated case. 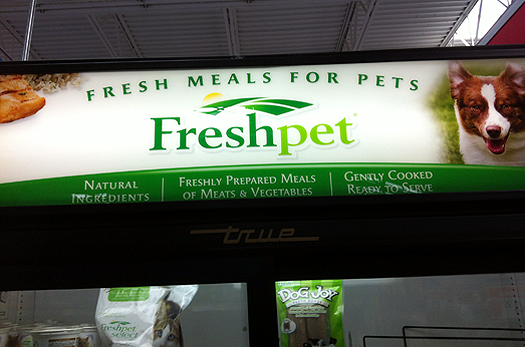 It contains whole ingredients that are so unprocessed, they are still recognizable. You can still see bits of carrot and rice in the food when you open it. 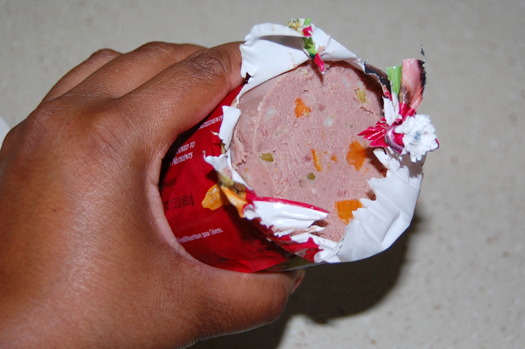 Having had some problems with King eating chicken products, I chose to purchase the beef option. The package makes it very easy to determine how much to feed your pet depending on their size. 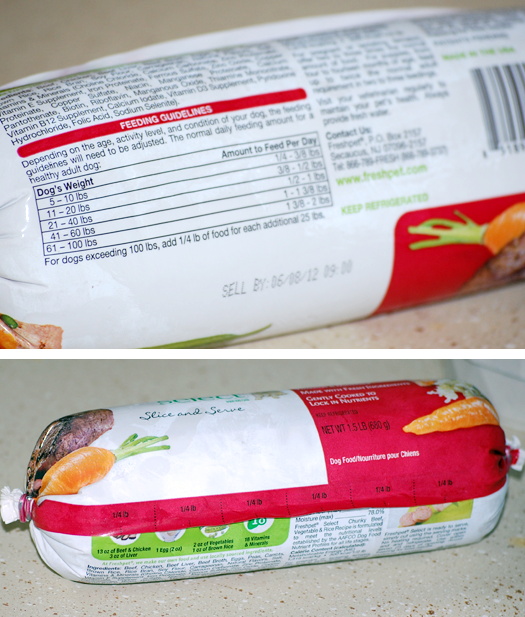 However, Yorkies tend to have problems with their teeth, and our vet recommended that he eat dry dog food instead of wet. Keeping this in mind, I decided to mix about half the recommended portion of Freshpet with half his regular serving of Nutro.

To say he loved it would be an understatement! By the time I raised my camera to take a picture of him eating it, half the bowl of food was already gone. He finished the entire bowl in about 90 seconds flat, then came over to me looking for more. 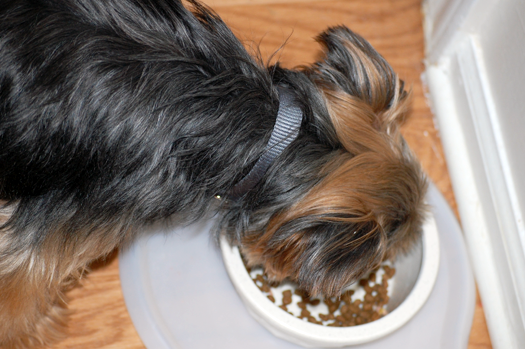 What’s great about this is that it also doesn’t have the pungent odor of most soft dog foods. In fact, it smells a lot like it would if you opened a package of ground beef. And apparently, the smell is very appetizing to him. Now, when I’m fixing his food, he will sit impatiently at my feed, as if telling me to hurry up and give him the food already!

We’ve been feeding him half Freshpet, half Nutro ever since: 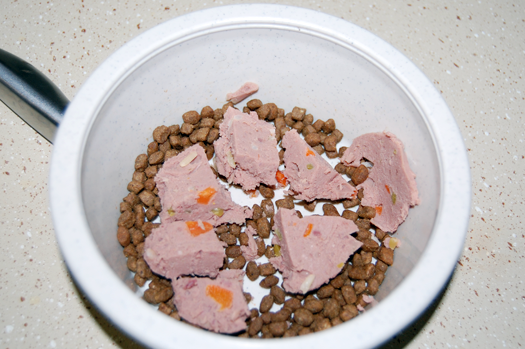 He really seems to enjoy it. Plus, there’s no more throwing up. So I’d call that a success. At about $4 for a roll that lasted us a little more than a week, it is pretty affordable for us to continue doing this, and we plan to use it as a regular part of his diet.

Want to know what he did after he finished that first bowl of Freshpet? 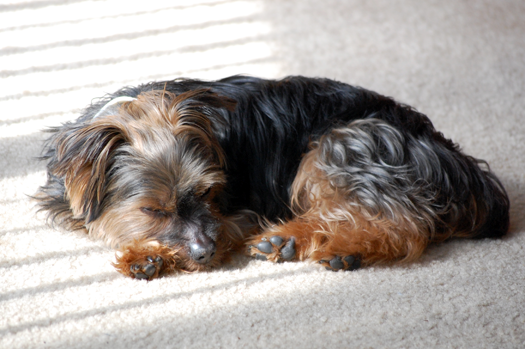 Now that’s what I call a happy dog 🙂

Disclosure: I am a member of the Walmart Moms program. I was provided with compensation for my time and effort in sharing my opinion of FreshPet with you. Participation is voluntary and as usual, all opinions are my own.