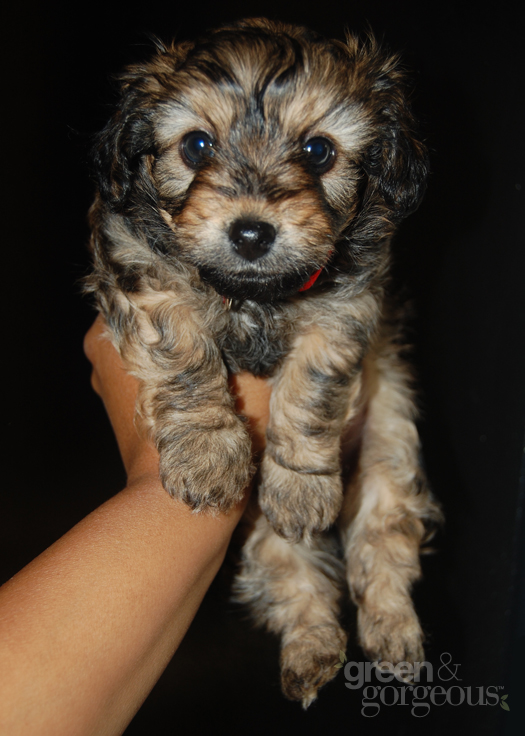 His name was Shiloh and he was my birthday present in 2009. And oh, how I loved him. He was a sweet little puppy who we got when he was just 6 weeks old. He was a stubborn little bugger when it came to potty training, but we were moving along. But he came with the worst timing ever, because a few months later, my daughter was diagnosed with leukemia.

Anyone who has ever house trained a dog knows that they need constant supervision and attention during this process to avoid, or in some cases correct, accidents. Well, my daughter’s diagnosis pulled the rug out from under us. It meant a lengthy initial hospital stay and weekly visits to the clinic 60 miles away, as well as constant monitoring to avoid fevers, exposure to illness because of her weakened immune system, etc. Well, the stress of trying to house train my little ball of fluff and dealing with my daughter’s diagnosis at the same time was more than we could handle, so we found Shiloh a new home. We were heartbroken, but we knew it was the right decision at the time. He went to a family with kids and a nice back yard where he could run and play.

In the years since, my daughter and I had been quietly been reminding my husband that we eventually wanted another dog. His response made sense: We’d get another dog when my daughter was well enough and when we are living in a house.

Part one of his requirements? Check! My daughter did exceptionally well with her treatment, and went into the maintenance phase in summer 2010. More importantly though, she finally completed treatment last month with a clean bill of health. I felt like doing cartwheels, and I suspect my husband probably did some when I called to tell him the news. He was apparently so happy that his second requirement went out the window 🙂 Unbeknownst to me, he took our daughter to a pet store one day, and finally broke down and told her we could get a dog. Knowing how I felt about buying a dog, though, he told her we’d adopt one.

Of course, we are still in an apartment, so that meant the same restrictions we were faced with the first time we began our dog search:

I spent weeks searching sites like PetFinder.com, puppypointers.com and Petango.com, which both deliver listings from shelters, animal control and rescue organizations. Plus, there is a rescue that does adoptions at a pet store nearby, and we often visit on weekends while they’re doing adoptions. Through them, we found a Westie that was about 12 lbs. Perfect size. Though she was a little timid, she was sweet, and she really needed a home. But when we went to apply to adopt her, we found she’d already been adopted. I was disappointed, but determined, so we kept looking. Finally, we found a beautiful little chihuahua that we all fell in love with at an SPCA shelter. But when we went to the shelterÂ  to meet her, we learned she’d already been adopted too.

Determined not to give up looking, I decided to go on Craigslist to see if I could find a dog there who needed a home. After all, we had planned to turn to Craigslist when we were trying to find home for Shiloh if our neighbor hadn’t come through with an option. And I found there were tons of pets who needed homes! I was wary of many postings that focused too much on breed or price, because I just got the feeling these dogs came from breeders or puppy mills, but there were lots of stories from concerned pet owners who were trying their best to find homes for their pets rather than being forced to turn them in to a shelter or rescue.

I eventually found a posting for a family who was trying to find a home for their 1-year-old Yorkie, King.

He was described as sweet, loving and housetrained, but they could no longer afford to care for him. I called a few times to inquire about him and whether they wanted a “rehoming” fee. They did, but it wasn’t ridiculously expensive. Still, my husband and I had our hearts set on adopting from a shelter, so we decided to keep looking.

However, fate intervened, much like it did with Shiloh. After a day of fruitless shelter searching and my latest heartbreak at finding the chihuahua had been adopted, King’s owner texted me asking if I was still interested. Then she started sending pictures, including this one: 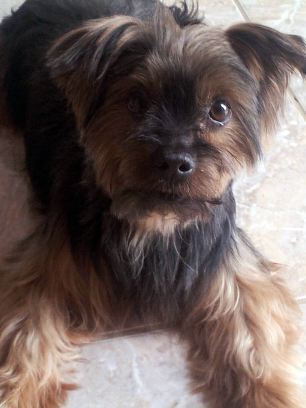 My heart and my defenses both broke. He looked so sweet and gentle, and I really couldn’t resist. So we went to meet him. As soon as they opened the door, he ran to my husband, then to my daughter and I. It was as if he knew why we were there. I picked him up and he snuggled into my arms.

If I had any doubts, they melted away in that instant.

In talking to the family, we learned that we’d really be helping them out of a tough spot by giving him a home, and that they really needed the money. Moreover, they had obviously taken wonderful care of him and he was a beloved family pet. They were heartbroken just like we were when we had to find another home for Shiloh. I almost cried when I saw the look on their little girl’s face, but they assured us that they were doing the right thing for their family.

We brought him home on Monday, and I swear, we managed to find the most well-behaved dog on Craigslist. And did I mention how photogenic he is? Time for the small dog tactical vest I have recently got, at last. 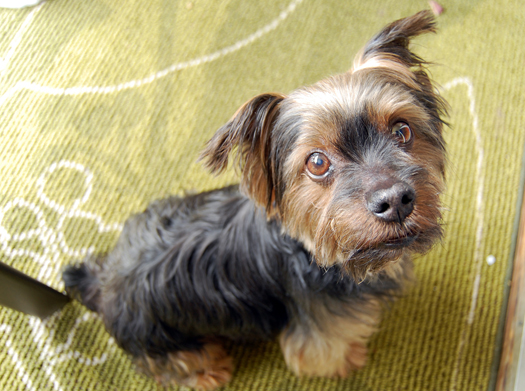 How could I possibly resist that little heart-shaped nose?

As promised, he is housetrained and has had only 2 accidents inside, mostly because we’re still learning his schedule and his cues that he needs to go. He almost never barks, plays very well and even already knows a few commands. It’s really been a pleasure getting to know him. And in the few days we’ve had him, his previous owners have already checked on him a few times. They really do miss him, and we let them know we’ll stay in touch about how he’s doing and that they can come visit him sometime. 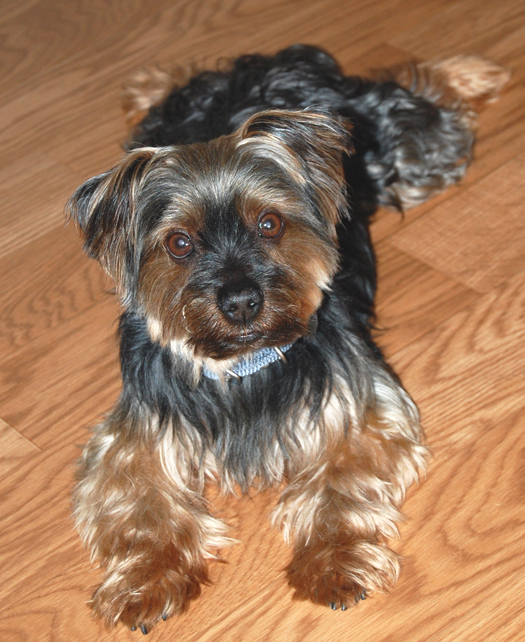 So we’ve added a new member to the Petersen clan â€”Â again â€” and it really feels like we filled the void left in our hearts when Shiloh went away. King will be our forever dog, and I can’t wait to see how he will learn and grow and really become part of our family. Special thanks toÂ Diamond Pup as their posts have helped us in a big way in understanding the various needs of our pet.