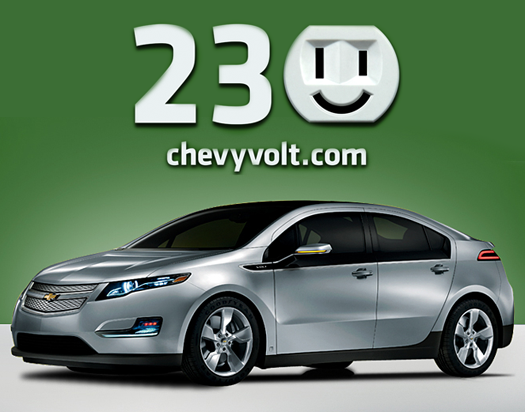 Even though my family has been living without our own car and therefore not paying as much attention to gas prices as many car owners, when any car claims to get hundreds of miles per gallon, I perk up and listen. Chevy announced the anticipated fuel economy for the new, electric 2011 Chevy Volt: 230 mpg in the city.

The Volt is expected to run approximately 40 miles on a full battery charge. So in theory, if your commute is less than 40 miles total before you’re able to plug in again, you won’t need gas. At all. After those first 40 miles, a combustion engine will kick in to generate electricity for a projected range of 300 miles. The battery can be recharged from a standard home outlet. 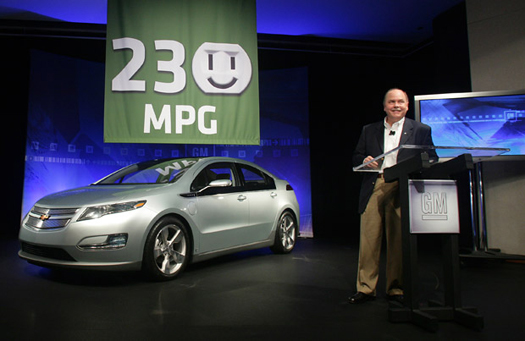 Given that the EPA has not yet tested the Volt, I’m still curious to see how it will perform once consumers actually get them on the road. Keep in mind that the 230 mpg projected is only for city driving. On the highway, the number is expected to be closer to 100 mpg. Even so, that’s an incredible step up from anything that’s commercially available today. I was able to speak to some reps from Chevy while at BlogHer, and they told me that the Volt will, in fact, be on the market by mid-to-late 2010 and that it is already in production. And that makes the Chevy Volt an incredible contender for our household car.

The downside is, of course, that the first-generation Volt is expected to cost just under $40,000. Not exactly affordable for many consumers. When we consider longer-term savings, it seems well-worth the investment, but the fact still remains that buyers would have to secure a nearly $40,000 loan to drive it off the lot (or walk in with a huge down payment).

Still, the incredible level of innovation required to create the Volt is intriguing. I won’t lie to you â€” when it comes to cars, I still prefer imports over domestics despite my love for all things made in the U.S. In fact, when I bought my last car, my only requirement for the dealer was that I wanted a import. I was averse to GM and Chevy in particular given the trouble my husband and I had with our cars a few years back and information from my sister, who used to work for GM. But if the Volt is as impressive in real life as it is on paper, I may change my opinion of Chevy yet.

You can see Chevy’s announcement and press release for yourself.